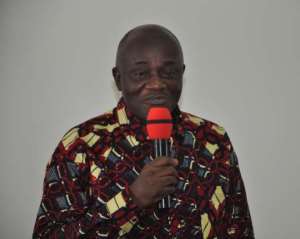 The Minister for Regional Re-organization and Development, Dan Botwe, has urged the various stakeholders in the six newly created regions not to allow the citing of regional capitals create tension and animosity amongst them.

He assures that every part of the region will receive equal attention in terms of the distribution of development projects.

According to him, the creation of the new regions was not meant for the parochial interest of any individual or group but for the common good of all; hence the need for all citizens of the new regions to come together to champion the development of the area.

He added that Government has designed an affirmative action meant to accelerate development in all the six new regions to further give meaning to the substantial demand for the creation of those additional regions.

To this end, there will be a deliberate effort by the government to ensure that key development needs of the various districts within the new regions, especially infrastructural needs, which require immediate attention will be tackled with a sense of urgency.

This is in addition to the Ghc 20 million cedis allocated in the 2019 budget for each of the six new regions namely; North East, Savanna, Bono East, Ahafo, Western North and Oti.

Dan Botwe, who is also the MP for Okere, said this in Sunyani at separate meetings with chiefs and Municipal and District Chief Executives from Bono East and Ahafo to brief them about the current status of the processes leading to the creation of the new regions.

Following the gazetting of the results of last December’s referendum to create new regions, President Akufo-Addo on January 4, 2019 set up an inter-ministerial committee chaired by Mr. Dan Botwe to come out with an Action Plan on the immediate and short-term development plan for the new regions within two weeks.

The Action Plan, according to the Minister, had been presented to the President who is bent on implementing it to ensure the rapid socio-economic development of the six regions.

He announced that President Akufo-Addo will be holding separate meetings with chiefs and opinion leaders from each of the newly created regions at the Jubilee House on the 12th, 13th and 15th of this month to give effect to the various Constitutional Instruments (C.Is) which will officially and legally establish the new regions.

It is anticipated that the President, will also use the occasion to announce the regional capitals during those meetings and share with them government’s plans to quicken the pace of development in the new regions.

Mr. Dan Botwe said the chiefs and people of Bono East and the Ahafo regions will take their turn to meet with the President at the seat of government on Wednesday February 13, 2019.

He said contrary to some critics that the creation of additional regions will bring divisions and raise tensions, the exercise has rather deepened cohesion and unity of purpose among the chiefs and people of the affected areas.