From Voice of Reason: A  Boot- For-Boot Makes Our Nation Bootless 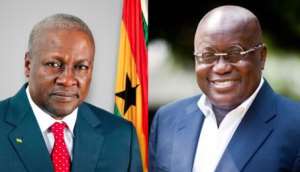 Why are we playing with deadly potential fire balls?

Do you really know what it means when a nation falls?

Do we really know what we’re doing with words these days?

Because we don’t care for the nation’s welfare.

When you go a boot- for- boot, most of us can’t afford the plane fare.

Oh Lord, where are our religious leaderships?
When some people want to claim the nation’s ownership?

Religious prophecy practitioners abound
Yet not a single legitimate one to be found.
A country with zillion churches is still full of evil minds.

Please don’t let the politicians divide us.
Because when Ghana is burning they will quickly run to UK and the U.S

Yes, check out how fast they jet off for their medical attention abroad

When the home front hospitals are bad.
We should forget hosting the Joseph Project or 400yr Commemoration because it’s a time waste.

The tourists, self –imposed -economic exiles and visitors will forever stay outside.

You might think after a long socioeconomic stagnation we would wise- up a little.

But hell no, we rather contemplate on civil war to mop up the little gains.

Now, check out for whom you have to die.
When their kids and families are ready to fly
Your problems are their back-case.
Because they have no laws to face.
Just in case anyone is thinking of the unthinkable
My heart bleeds when I think of the civil war parables.

Now, let’s rewind the Biafra tapes.
What about the Liberian ones?
Also add the Sierra Leonian ones.
Watch central Africa, South Sudan and Rwanda tapes.

They are very disgusting.
But they will surely help your mind digesting.
A boot –for-boot will leave you all bootless.

Don’t you know that a war makes people homeless, hapless and hopeless?

Only a fool thinks there is a winner
When there is a war.
War doesn’t bring progress.
A Civil War doesn’t know a party affiliation
For in your hands will rest the final success or failure of our nation.

So don’t let anyone use you for his personal ambition.

Ghana is ready to exhale
With the potential to sail
A country with only twenty-something millions
Endowed with natural resources worth trillions
Has the potential to make zillions
But, it’s full of people with the desire to blow it all up in flame.

Please don’t blow up this opportunity.
Because a boot-for – boot is their way to enjoy the booty.

Aren’t you too smart for their game?
Say, tweaaaa!
Kwaku Adu-Gyamfi (voice of reason)
The author is social commentator and a concerned citizen of this great nation-Ghana.

Give EC The Peace Of Mind To Work – NPP Communicator Tells N...
57 minutes ago