Face To Face With The Congo (3) 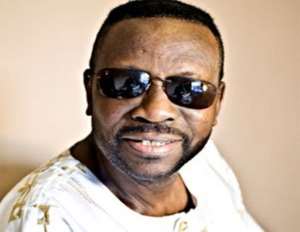 I had kept away from the media and all politicians during my visit to the Congo because I realised that the administration in power, controlled by Col. Joseph Mobutu, was hostile to Ghana and would have removed the Ghanaian troops from the UN peace-keeping force if it could persuade the UN Security Council to do so.

So I was immensely surprised to hear my name called by a Congolese young man as I was walking from Luluaborg town to my hotel, the Immokasai.

I turned round and the young man approached me, smiling.

“Oui!” I admitted. How did he know about me? Was he a detective employed by Mobutu’s government?

But his next words were reassuring ones:

WHAAAAAT! The Congo was full of surprises, but this was something else. Someone so close to Lumumba? And he’d fished me out? Cautious as ever, I wondered whether he was watched as a potential opponent by Mobutu’s secret police. I quickly looked round, but there wasn’t anyone nearby who could have been following the guy.

Assuming a casual gait so as not to attract notice, I took him to my hotel room and ordered beers for both of us. There, he told me the sad and tragic story of how his father had been arrested by Mobutu’s solders and taken to Camp Thysville, where Lumumba had been imprisoned. The two men, together with the Youth and Sports Minister, Maurice Mpolo, had then been taken to Katanga Province, where their enemy the secessionist, Moise Tshombe was in control, and murdered by Tshombe’s Belgian bodyguards.

“We never got my father’s body back to very him,” he told me. He began to cry.

I comforted him and after he’d calmed down, he said to me: “My family is in a bad way….”

Ah, I thought. Here comes the sob story. He wants to pinch me for money.

I am ashamed to say that he never asked me for a penny! All he said was: “Please can you take a letter to President Kwame Nkrumah for me? I need a scholarship to study abroad. There is no future here for me.”

Relieved that he wasn’t asking me for money, I said I’d take the letter. But he shouldn’t write President Nkrumah’s name on the envelope, but mine. In that case, even if I was arrested by Mobutu’s police, there would be nothing incriminating on me.

He went away, did what I had asked, and brought the letter. I took it to the Bureau of African Affairs and gave it to the director, A K Barden, whom I knew from the days when my friend Mr. George Padmore was advisor to Dr Nkrumah on African Affairs and Barden was his private secretary. I never got to know what was done for the young Okito, but in those days, Ghana was very helpful to every African of integrity who approached her for help and who was an anti-colonial fighter. So I am sure that with the type of story he had, they gave Okito what he wanted. Meanwhile, in order not to put him in trouble, I never wrote a word about my meeting with Okito, fantastic story though it was.

I didn’t ask young Okito who fingered me to him, but I suspect it was my former Radio Ghana colleague, Edward Amaah. I would have wished that Edward would take me into his confidence and warn me that someone like Okito was going to come and see me. But we all have our faults.

I couldn’t be angry with Edward, however, even if I wasn’t tolerant of his faults. When I told him that the water in my bathroom was muddy, he took me to a nearby house, where a young lady lived in this house she had shared with her Belgian boyfriend, who had fled the Congo.

The young lady turned out to be one of the most beautiful girls I had ever seen. She showed me her bathroom and whilst I was under the shower, she came and joined me – completely naked! Her breasts stood up like ripe mangoes and there was nothing for it but to show her a 24-year-old Ghanaian who had been away for a fortnight from his girlfriend could do. As we lay on her bed, exhaling after wearing each other out, she whispered, “HMMMM!….C’est bon!”

Unfortunately, I couldn’t go back for more, as my good friend Edward had not been faithful in conveying to her, the Ghanaian pounds I had asked him to change for me and give her. I got to know this because I ran into her in the street one day and when I approached her, she cut me dead! I was so embarrassed! No more “c’est bon?”

Hmmm!! How could such a good friend do this to me? But then, the saying is that “It’s the one who goes to fetch water who breaks the water pot!” isn’t it? Yes – as the writing on many a mammy-lorry of yesteryear used to say: “And such is life”!