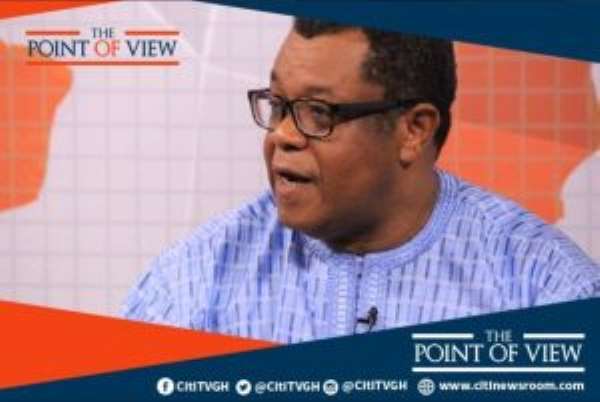 I congratulate NDC presidential aspirant Goosie Tannoh on his 63rd birthday today 7 February 2019. On this day 63 years ago, Goosie was given the special name Obuadum, meaning the one who fells the Mahogany tree. A special name once conferred by the elders has a way of following the one on whom conferred throughout life. I expect Goosie to realise his Sablan (the GaDangme term) in his quest to represent the NDC at the 2020 Ghana national elections

Of the seven aspirants in the NDC presidential candidacy ballot on February 23, Goosie is the most experienced, the most qualified, the most competent and the most incorruptible. He has the deepest connection with NDC founding principles and ideology - from its formation and organization, in drafting the constitutions of both the NDC and the fourth republic, was 2IC to President Rawlings and helped establish the social democratic credentials of the party. He was in academia as law lecturer before culled into politics; he was an international businessman and a diplomat at the UN.

Goosie played a significant role in the election of the NDC in 1992, 1996 and 2008, largely because as a cadre he had a better understanding of, and rapport with, the grassroots that formed the backbone of the social democratic party. His easy affability and approachability, his superior organizational skills, his good temperament, level headedness and non confrontational manner, his clarity of message and skilled presentation on the current campaign trail, enabled him to rapidly ascend from average contestant to near favourite to become the NDC flag bearer - with, I might add, two weeks to go. These are the set of credentials NDC needs to win election 2020.

The NDC lost election 2016 by a large margin. If you and your opponent have 10 votes each, your opponent would win by 5 votes if 5 of your voters refuse to vote. Except that those familiar with the science of numbers in relation to the 2016 election results would know that NPP won in 2016 not only because some NDC voters refused to vote in the elections but also because some NDC as well as non-NDC non-NPP voters voted for the NPP. In that case the NDC should elect a flag bearer able to bring back disenchanted NDC voters as well as winning over the trust and votes of non-committed voters, otherwise known as floating voters. That person is Obuadum Goosie Tannoh. This is why!

- Goosie is untainted by the negatives of the last NDC Government on which the NPP rode to victory in election 2016 and plans to campaign for re-election through corruption trials, innuendoes, harassment and provocations of the NDC

- Goosie’s approach on the campaign trail so far gives the impression of a person focussed and without malice and more likely than any of the contestants to win over non-committed voters.

The interview illustrates the set of attributes of Goosie I have alluded to above which convince me that he would be one hell of a bundle to handle by the NPP in its campaign for re-election; he would neutralise, derail and render redundant the anticipated NPP laid out plans for its Election 2020 campaign.

Mahama
Assessing among comrades the chances of success of Goosie in the coming primaries, one Nkrumaist stated, “Mahama is the most credible of the contestants because he would be the most comfortable in his skin in defending NDC’s past record and fighting the NPP”. The recent violence at the Ayawaso West Wugon bye-election proved my otherwise astute comrade wrong. Mahama’s response to the violence, while reconnecting with NDC grassroots, wrongly set a tone for electoral engagement that the NDC is bound to lose to a party in power.

The assumptions underpinning the view that former President Mahama is the best to wrestle power back from the NPP are untested and indeed risky for the NDC to stake its future. Fighting on the 2016 election issues is unwinnable for the NDC. A fresh face presenting new optics, new narratives, new directions and new hopes and aspirations within the true framework and tenets of a social democratic party that the NDC is, would do the trick. Obuadum Goosie Tannoh represents the new optics.