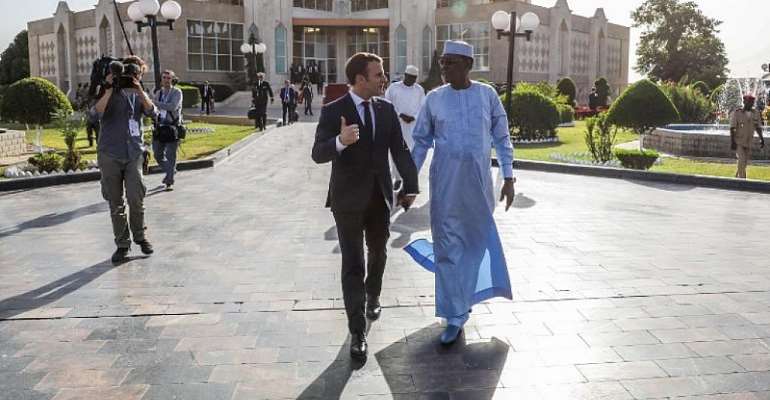 French politicians have defended a series of airstrikes in Chad targeting a rebel convoy this week, saying it respected international law and supported a legitimate government. Chad's President Idriss Deby said the convoy of “mercenaries” had been completely destroyed with no loss of life or damage to equipment for the government.

“France never intervenes - even if a country's authorities ask – just to target people who are against the government,” said Thomas Gassilloud, an MP with the ruling LREM party and member of the commission for national defence and armed forces.

“We decided on our intervention on the basis of a formal request by the Chadian authorities with strict respect for international law,” Gassilloud told RFI's service Afrique .

The MP for Rhône said such action would not prevent the French authorities from continuing to encourage the “emerging” democracy in Chad.

A number of airstrikes were carried out this week by French Mirage 2000 fighter jets targeting what the Chadian government originally described as a “group of mercenaries and terrorists from Libya” . It emerged that the convoy of some 50 vehicles was part of the Union of Forces of Resistance (UFR) rebel group.

The UFR has long been opposed to President Deby and it denied that the group had come from southern Libya, saying that France was meddling in Chad's internal affairs.

French army spokesperson Patrick Sieger said it was not a “French affair” and airstrikes were carried out following a formal request by Chad. He also did not rule out further airstrikes, saying evaluation of the situation was “still in progress”, any more comments would just be speculation.

President Deby told a cabinet meeting that “the column of mercenaries which tried to make an incursion into Chadian territory has been completely destroyed”, according to an official account cited by the AFP news agency.

Several Chadian opposition politicians criticised the French intervention with some describing it as a “serious error”, saying that France was supporting Deby against those imposed to him and that France only intervenes because its interests in the country are threatened.

“If we only intervened with regimes which are models of democracy, we wouldn't have 35,000 men and women in external operations,” Christian Cambon, president of the senate commission on foreign affairs, defense and the armed forces, told RFI's Michel Arseneault.

Cambon said that the airstrikes were necessary to ensure the security of the French troops based in N'Djamena as part of Operation Barkhane, noting that the Chadian capital has previously come under attack by rebels.

However, critics of the French airstrikes question Deby's legitimacy and the long term aims of such an intervention.

“France is at war in Chad, but against who? For what reason?” questioned Clément Boursin, head of the Africa programme at ACAT , a Christian non-governmental organisation against torture and the death penalty.

Boursin pointed to opposition leader Ibni Oumar Mahamat Saleh who disappeared in February 2008 and Deby's own ascension to the presidency through armed means.

“We intervene militarily to support the regime, but for what reason? Stability?” said Boursin, referring to protests against the Chadian government, restrictions on internet access and social media networks.

French forces have been stationed in N'Djamena as part of Operation Barkhane since 2014 . The operation is intended to support the Sahel countries in the fight against armed “terrorist” groups.