NDC Press Release On Commission Of Enquiry To Investigate By-Election 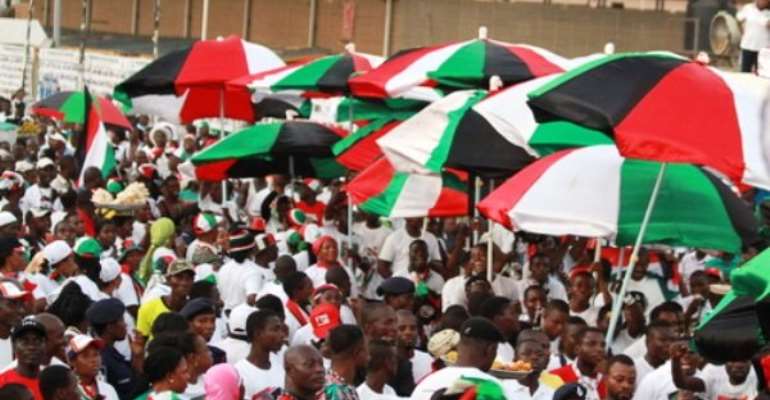 The NDC takes note of the establishment of a Commission of Inquiry in response to the local and international outcry that followed the scandalous assault on democracy during the by-election at Ayawaso West Wuogon on January 31st, 2019.

It is gratifying that the power of the people has - for once, under the present administration - prevailed over the caprices of the Executive. However, we remain skeptical about the seriousness with which justice will be pursued under the remit of an Emile Short Commission.

It had been the hope of many that the President’s response to the people’s demand would have acknowledged the ubiquitous expectation of a neutral composition. Rather, we are presented with a Commission staffed by a roster of former appointees of erstwhile NPP administrations, some of whom are conflicted by their intimate relations with serving cabinet members. The President must take note that the appearance of political bias in such a matter as this has the same effect on the public confidence as its actuality. This concern is reiterated by the established record of Presidential interference in similar inquiries, and the subsequent clearing of even the most obvious breaches of the public trust.

We will persist in our vigilance on behalf of the people of Ghana and of their Republic, and will be unrestrained in our insistence that there is already ample evidence to pursue criminal charges against the perpetrators of the mayhem.

We will not participate in any attempt to obscure the quest for justice by introducing irrelevant, extraneous affairs for the purpose of equalisation, nor by the abuse of the inherent immunities granted under Chapter 23 of the 1992 Constitution of Ghana to protect the offenders from criminal prosecution.

The public facts of the matter at hand point to criminal assault and a gross violation of the civil rights of innocent citizens; a subsequent attempt by senior public officials to deceive the Ghanaian people; and a concerted attempt to basely justify and cover up the atrocities. This is not mere conjecture. Our position is based on public statements made by the Minister of State for National Security, Hon. Bryan Acheampong, who has explicitly admitted to the use of armed thugs under the facade of the National Security Council. These men were filmed by several media houses arriving in vehicles of the Ghana Police Service and under their escort. This implies, at the very least, the co-option by the Minister of State for National Security of personnel and equipment of the police. Far worse, it points to the complicity of the Inspector General of Police and senior leadership of the Ghana Police Service in this flagrant breach of the rights of Ghanaian citizens.

It must be noted that the events on which the inquiry must be premised are manifestly different from past incidents observed in prior by-elections. This is not about vigilantism. The acts of overzealous rogue elements in either party in time past cannot be equated to the admissions of Hon. Bryan Acheampong, which are tantamount to the use of State terror as a tool of political advantage.

In any case, President Akufo-Addo has already prejudged the incident as “isolated”, as he has the outcome of the Commission. There is no way that this Commission of his favourites will come to any conclusions that contradicts his prior statements. The President has not deemed it fit to demand the resignation of the Minister of State for National Security or the Inspector General of Police. They remain in office and are evidently engaged in an active cover-up operation, including transfers of senior police investigators and deliberate obfuscation of the identities and whereabouts of the perpetrators of the violence in Ayawaso on January 31st.

The position of the NDC is very simple. This Emile Short Commission is a non-starter on the basis of its composition, obvious political colouring, and the President’s own track record.

We will not relent in the pursuit of justice outside the Commission.