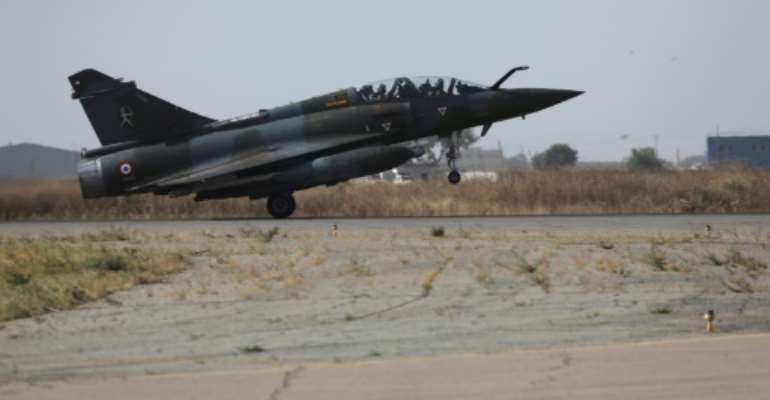 Chadian President Idriss Deby on Thursday said a column of rebels which had sought to cross into the country from Libya had been "destroyed" in a series of strikes carried out by French warplanes.

The French military has said Mirage 2000 jets struck an armed convoy on three days this week, destroying about 20 of roughly 50 pickup trucks.

Deby told a cabinet meeting "the column of mercenaries which tried to make an incursion into Chadian territory has been completely destroyed," according to an official account.

"On the government's side, there was no loss of life or equipment," it said.

An anti-Deby rebel group, the Union of Resistance Forces (UFR), crossed into northern Chad with "three columns" of vehicles, according to one of its members, Mahamat Doki Warou.

UFR spokesman Youssouf Hamid added it was "normal" for Deby "to make such claims" about attacks, "but this is not the reality on the ground".

The French strikes were carried out from a base near the capital N'Djamena with the support of a Reaper drone.

The UFR's Doki said that fighters were "in the vicinity" of Bao as of Wednesday.

Chad, a vast and mostly desert country with more than 200 ethnic groups, has suffered repeated coups and crises since it gained independence from France in 1960.

Deby, a former head of the armed forces, became president in 1990 after ousting his former boss, Hissene Habre.

Under his presidency, the country has taken a leading role in the fight against jihadism in the Sahel region and developed close strategic ties with France.

It is part of a West African coalition fighting the Boko Haram insurgency, and a member of the French-backed G5 Sahel anti-terror alliance, which also includes Burkina Faso, Mali, Mauritania, and Niger.

The French intervention was criticised on Wednesday as a "violation of international law" by two Chadian opposition leaders.

French Defence Minister Florence Parly dismissed the accusations, saying, "as far as law is concerned, this intervention was made in response to a formal request for help from a sovereign country".

The UFR was created in January 2009 from an alliance of eight rebel groups.

In February 2008, a tripartite insurgent group, moving in from the east, reached the gates of the presidential palace in N'Djamena before being repulsed by Deby's forces.