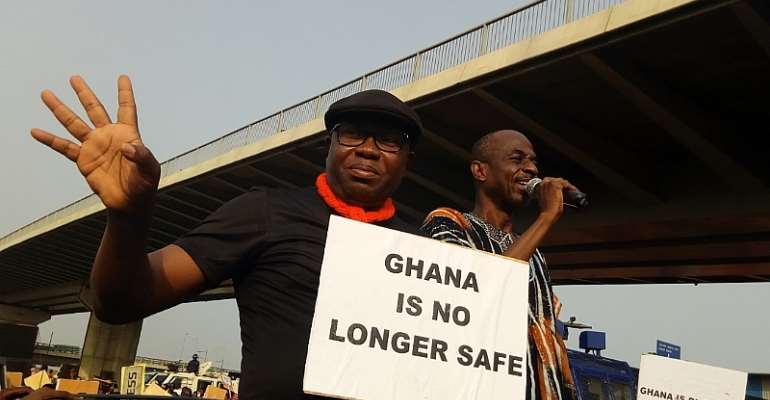 In many other jurisdictions, vigilante groups are mobilized to protect their own communities, and their local enthusiasm and community networks can make them more effective than state security forces in fighting crime. This becomes everyday security. However, in other parts of Africa, Political vigilante groups play a key role in securing electoral victory to enhance the party's electoral fortunes.

Because of the lack of trust and security demand of political parties in opposition, political vigilantes are formed especially for electoral reasons. This demand for security is the mechanism that has catalyzed the social legitimacy of vigilantes in Ghana. Political parties have managed to obtain both party and public support by supplying security to polling stations that actively laments the insecurity posed during elections to avoid being cheated. The dangers associated with the formation of this informal security framework are not the focus of those in authority.

In recent times, vigilantism appears as a competitor to the state’s security agencies in their pursuit of public legitimacy and as well as competition on a monopoly over violence. Thus, short or medium term effects would lead to coups d’état, insurrections, secessionist movements, assassins and death squad; ultimately dislocating the state’s sovereignty over a certain population or territory.

Should this happen the state would thus appear to feel threatened and would attempt to regain its monopoly on violence, most likely through violent means. That would be the beginning of our chaos and destabilization in Ghana. We can all see and feel the danger is close to us now, as retaliation may lurk in the shadows, looking at what happened in the just ended Ayawaso Wuogon by-election.

WHAT ELECTORAL COMMISSION MUST DO IN THE RISE OF POLITICAL PARTY VIGILANTISM?

The violence which occurred during the Ayawaso Wuogon by-election has dented the operations of the EC in organizing a free and fair election, even though, the commission has mentioned that the incident occurred far from the 137 polling stations.

Therefore, the Electoral Commission has a reversed right to exercise sanctions especially when political party vigilante groups’ mar the operations of the electoral commission with violence. The Institute for Liberty and Policy Innovation express with an intensity that the EC must apply sanctions, revocation of political party registration or license in the event where simple rules are infracted upon.

Article 13 of Electorate Commission Act 451 of the 1992 constitution stipulates that;

Any person who willfully obstructs the Commission or otherwise interferes with the Commission in the discharge of its functions under this Act commits an offence and is liable on conviction to a fine not exceeding ¢500,000.00 or to a term of imprisonment not exceeding six months or both. Clearly, the EC has the mandate to crack the whip on political party vigilante groups.

Also, the Political Party Act provision on participation in politics mentions that any person who suppresses or attempts to suppress the lawful political activity of another person commits an offence and shall on summary conviction be liable to a minimum fine of two million cedis or to imprisonment for a term not exceeding five years or to both. The Electoral Commission, as a political party regulatory body, cannot be quiet in the face of intimidation prowess by political party vigilante groups and expects to run peace election in 2020.

A harsh sanction should be meted out against political parties that would and have created these vigilante groups. Sanctions may include, reducing their counted votes by a fixed percentage, pay fixed penalty units and at the extreme, ban them for a number of years by revoking their license.

The Electoral Commission must also apply the Political Party Act 574 of 2000 to check political parties to overcome confrontational and disputatious electoral outcomes.

We must protect the peace we have!

Cc: The Electoral Commission of Ghana