Opening Of The 69th Berlinale: The Personal Is Political 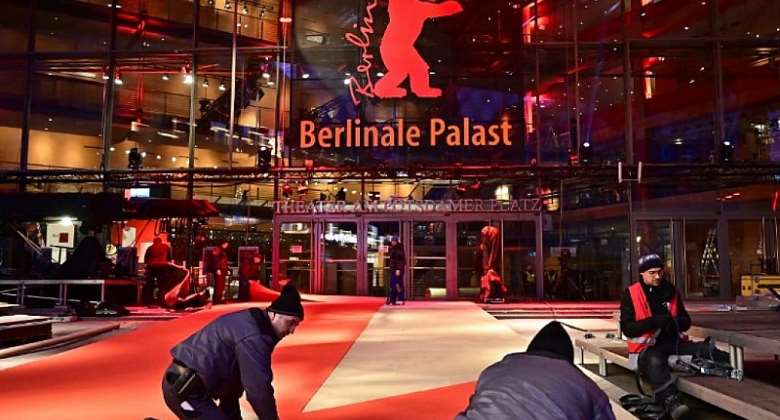 The 69th Berlinale film festival kicks off today in the German capital with a powerful motto borrowed from the 1960s feminist movement: “The personal is political".

This year will feature more than 400 films focusing on family, contemporary issues such as the impact of mankind on the planet, and gender equality.

The 69th Berlinale film festival kicks off today in the German capital with a powerful motto borrowed from the 1960s feminist movement: “The personal is political”, in an edition that will screen more than 400 films focusing on family, contemporary issues such as the impact of mankind on the planet, and gender equality.

Last year, the Berlinale was the first big international festival to take place after the #Metoo movement started. And it responded by vowing to increase parity at the festival level. This year, thanks to a Gender parity pledge similar to that implemented in other festivals, 191 of the films presented are directed by women.

In an indeed politically charged context, the festival's director Dieter Kosslick invited members of the far-right party Alternative for Germany (AfD) to attend a screening of Roberta Grossman's Holocaust documentary on the Warsaw ghetto, Who will write our history?. “I will pay for each ticket myself”, stated Kosslick.

But what better to open a festival than a story about random acts of love that can illuminate an otherwise hard life? Lone Sherfig's Kindness of Strangers, with Zoe Kazan and French actor Tahar Rahim, will launch the Berlinale on that note, while the competing section will host other strong cinematographic statements.

Both the competing section and the jury sees France getting the lion's share for the race towards the Golden Bear: French actress Juliette Binoche presides over the international jury, while France is represented with three movies.

As French cardinal Barbarin awaits the verdict on the trial for non-denunciation of sexual abuses by church officials in March in Lyon, François Ozon's By the Grace of God (Grâce à Dieu), is based on the real case of Father Bernard Preynat, charged in 2016 with sexually assaulting more than 70 boys in Lyon. The film portrays the struggles of three men to overcome the consequences of that abuse, and criticizes the church's silence and complicity at the time of the crimes. In Synonyms (Synonymes), French-Israeli Nadav Lapid's explores the struggles to put down roots in a new place by following Yoav, a young man recently arrived in Paris and torn between his Israeli roots and his new life.

Festival regular, Fatih Akin, who was awarded the Golden Bear in 2004 for Head-On , comes back to the competition with The Golden Glove (Der Goldene Handschuhe), which focuses on German serial killer Fritz Honka in an impoverished 1970s Hamburg. Equally dark is Öndog , a Mongolian tale by Wang Quan'an which uses a murder mystery to focus on two tragicomic characters: an inexperienced policeman and a tenacious female herder who guards him in the wild while he secures the crime scene.

Diversity, as well as equality, drives this year's festival, as the selection shows. Meanwhile, accolades will be announced at the closing ceremony in Berlin on February the 17th.