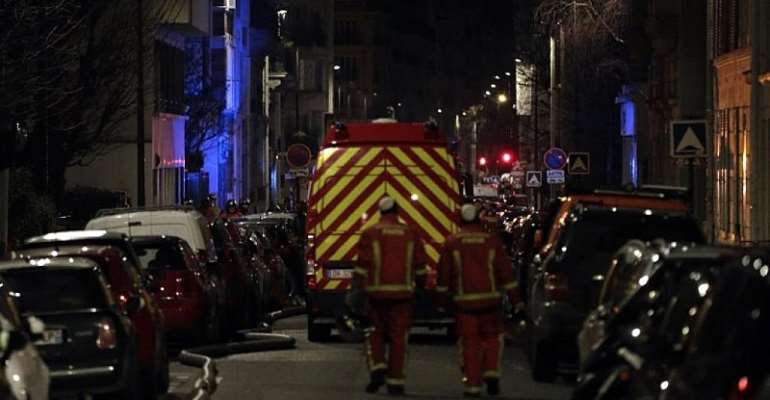 A woman suspected of starting a fire that killed 10 people in a Paris apartment building early Tuesday has a long history of mental health troubles and run-ins with the law, investigators said Wednesday.

The women in her 40s lived in the building that she is suspected of lighting ablaze on the rue Erlanger in the upscale 16th district of the French capital.

The suspect, who police said was “intoxicated when detained and attempting to set fire to a car”, is currently being held in a police psychiatric facility.

The woman had previous brushes with the law, including one for causing damage by fire, but she was never convicted of any offenses.

Sources close to the investigation said the woman had been released from Paris's Sainte-Anne psychiatric hospital in late January.

Loud music caused altercation
She had repeated altercations with a neighbour, and was reportedly involved in a new dispute with him in the hours leading up to the fire.

The neighbour told French media that he had called the police after his girlfriend's request for the women to turn down her music met with a flurry of insults.

The fire was the deadliest fire in Paris since 2005 and also injured 30 people.

Some 20 firefighters continued searching the building's wreckage on Wednesday.

Hottest Photo Reports
Catch up with all the political quotes from our politicians.
Advertise here
More Europe
ModernGhana Links
Podcast: Paris attacks trial, courtroom artists, Harkis to get reparations
Former president Sarkozy invites right-wing candiate Bertrand to "make himself heard"
Paris increasingly threatened by heatwaves, floods
Australian PM Morrison says efforts to reach out to France have been fruitless
In the midst of the horror, Bataclan heroism has its golden moment
US to return stolen 3,500-year-old 'Gilgamesh' tablet to Iraq
Merkel seeks to boost Laschet in close German election race
Friends again? France's envoy to return to US after Macron and Biden talk
France fends off criticism of Macron's final budget before re-election bid
TOP STORIES