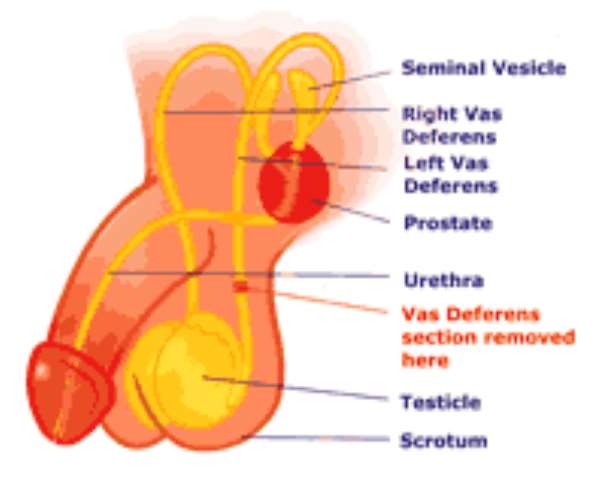 Lawrence Koomson is a doctor living and working in London. On the face of it, he seems no different to any other young man but Lawrence has a secret.

At 33, he has never been through puberty.

But this all changed in April 2005, when he began treatment to bring on puberty.

"I feel an outsider, different to everyone else," he said before the treatment. "People take going through puberty for granted; it's just something that happens. For me it has just never happened." Lawrence has Kallmann's syndrome, a rare condition affecting predominantly men, but also women. A small area in the brain called the hypothalamus cannot work properly causing a hormonal imbalance.

For men like Lawrence, this means his body doesn't produce testosterone, which prevents puberty being triggered. Another characteristic of Kallmann's syndrome is an absent sense of smell.

Having Kallmann's syndrome can lead to extreme difficulties, especially during adolescence, when all one's peers are going through puberty. And the consequences of delayed puberty and not becoming sexually mature naturally has a far reaching impact on sufferers' lives.

Lawrence's doctor and the UK specialist in the field is endocrinologist Professor Pierre Bouloux. "We've tested Lawrence's blood testosterone levels and the results make for quite interesting reading," he said, before the treatment. "The reference range for men Lawrence's age would be a testosterone level between 9.9 and 27.8.

"Lawrence's level is less than 0.5. In essence he's got the testosterone levels of a one-year-old so we've got quite a lot of catching up to do.

"In terms of penile length we're talking about a resting length of about four centimetres, and for a chap of Lawrence's size that shows that development hasn't occurred as yet."

With treatment, it's hoped Lawrence will grow body hair, his voice will break, he'll develop body muscle and sexual organs and for the first time will experience sexual desire. 36-hour erection The treatment consists of six implants in the buttock, which release 200 milligrams of testosterone over six months. He will be dependent on implants for the rest of his life.

Professor Bouloux has treated more than 300 patients over the last 15-20 years.

"In extreme situations, I've seen people not being able to handle the testosterone treatment, developing erections lasting hours and hours, and in one case up to 36 hours.

"There's no script for this, we got to see what happens and navigate a safe course to give Lawrence a level which will put him in a normal range."

It happened today. I was so scared I wasn't sure if it was going to or not going to. I had an erection! Lawrence Koomson

Lawrence grew up in Ghana and has only recently been living and working in the UK with the result that he's only now having treatment. "The thought of treatment makes me feel a bit frightened or scared because I don't know what's going to happen. I might have the urge to have sex when I don't want to have sex!

"I feel excited - it's something I've never been through before. I'll grow a beard and I've always wanted to see how I'll be with a beard and you know I'll get more muscle, so I think the ladies are going to love the new me!"

Lawrence received his long awaited implants in April 2005. The next day, he was glued to the mirror watching and waiting for changes. What will happen first? A spot? An erection? Or signs of a beard?

By day three, he experienced a first. "It happened today. I was so scared I wasn't sure if it was going to or not going to. I had an erection!

"It really woke me up! It lasted 10-15 minutes. I was happy! I wanted to call the doctor but it was too early in the morning."

For the next six months, Lawrence went through puberty.

As the massive implant of testosterone began to take hold of his body, Lawrence started to feel sexual attraction to women for the first time.

Moral conflicts aside, as Lawrence made tentative steps into the scary world of dating, the disappointments started to stack up. Most men make their first advances towards women at an age when it doesn't really matter but at 33 years old, Lawrence found out that the stakes were high.

He shyly arranged his first date over the internet and suggested a trip to the cinema, but baulked when he found out that she wanted to go clubbing.

But mature enough or not, the opportunity to live a grown man's life was not something Lawrence was going to let slip by.

"I've really missed out on two decades of life and I need to catch up."