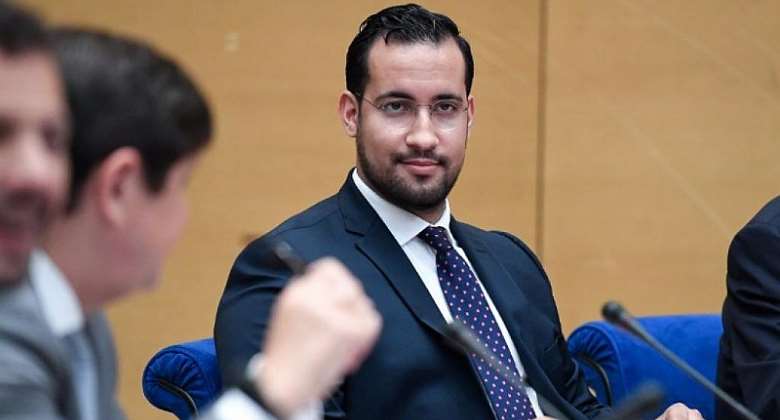 In the latest twist in the Alexandre Benalla affair, the French investigative news site Mediapart has refused to allow prosecutors to search its offices over a recording of a conversation between the former top security aide to the president and Vincent Crase, a former employee of the ruling LREM party.

Two officials from the prosecutor's office and investigators went to seize the recording of Benalla and Crase, but Mediapart refused them entry saying they had no right to force the news outlet to reveal it sources.

The public prosecutor's office opened a new investigation into Mediapart for breach of privacy and unlawful possession of telecommunications surveillance equipment, according to a judicial source speaking to the AFP news agency.

“All of this is a manoeuvre, legal dressing which only has one aim – to find Mediapart's sources and stop them,” said Fabrice Arfi, co-director of investigations at Mediapart, during a press conference at the publication's offices.

“We revealed facts in the public interest, we haven't committed any crime,” said Edwy Plenel, president and co-founder of Mediapart.

The investigative site on Thursday published extracts of what is says is a recording between Benalla and Crase, which took place on 26 July, just days after the two men had been charged for violence against protesters on 1 May 2018.

The recording revealed that Benalla prided himself on the support of the French president, despite the scandal that erupted just days earlier.

“Crazy stuff, the boss last night sends me a message,” Benalla says in the recording, referring to Macron. “He said to me, 'you're going to get them, you are stronger than them, that's why I have you with me.'”

The investigation was not opened as a result of any complaint by Benalla, according to the judicial source.

“As we are in the context of a preliminary investigation, we have the right to refuse a search and obviously we refused,” said Mediapart's Arfi.

Mediapart is not the first news outlet to be targeted by the authorities with searches.

An official from the prosecutor's office in 2007 tried to search the satirical newspaper Le Canard Enchaîné 's headquarters over the Clearstream affair, however, the journalists refused to give them the keys to the newsroom.

The Benalla affair has seen a number of twists and turns since the events of 1 May when the ex-presidential security official beat up a protester and impersonated a police officer.

Despite being fired last summer, Benalla allegedly continued to possess diplomatic passports and exchange text messages with the French president.