A Nonviolent Strategy To Defeat The US Coup Attempt In Venezuela 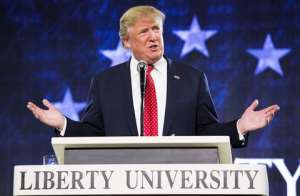 To the People of Venezuela

Yet again, the United States elite has decided to attempt to impose its will on the people of another nation, in this case, and not for the first time either, your country Venezuela.

On 23 January 2019, following careful secret planning in the preceding weeks and a late-night telephone call the previous day from US Vice President Mike Pence – see ‘Pence Pledged U.S. Backing Before Venezuela Opposition Leader’s Move’ and ‘Venezuela – Trump’s Coup Plan Has Big Flaws’ – the US initiated a coup against your President, Nicolás Maduro, and his Government, whom you democratically re-elected to represent you on 20 May 2018. See ‘The Case for the Legitimacy of Maduro’s Second Term’.

By organizing, recognizing and supporting as ‘interim president’ the US puppet trained for the purpose over the past decade – see ‘The Making of Juan Guaidó: How the US Regime Change Laboratory Created Venezuela’s Coup Leader’ – the United States government has simply brought into clearer focus and now precipitated its long-standing plan to seize control of Venezuela’s huge oil, gas, gold, water and other natural resources, with the oil and gas conveniently close to Texan refineries. In relation to gold, for example, see ‘Bank of England refused to return $1.2bn in gold to Venezuela – reports’ and then ‘Bank Of England Urged To Hand Over Venezuela’s Gold To Guaidó’.

Of course, this coup is perfectly consistent with US foreign policy for the past two centuries, the essential focus of which has been to secure control over key geostrategic areas of the world and to steal the resources of foreign nations. For a list of only the ‘most notable U.S. interventions’ in Central/South America over that period, see ‘Before Venezuela: The long history of U.S. intervention in Latin America’. But you can also read a more complete list of US interventions overseas (only since 1945) in William Blum’s ‘Overthrowing other people’s governments: The Master List’.

Needless to say, this latest attempt at ‘regime change’ is in clear violation of international law on so many counts it is difficult to document them concisely. First, the ongoing US intervention over an extended period has always been a violation of international law, including Chapter IV, Article 19 of the Charter of the Organization of American States. Second, sanctions are illegal under so many treaties it is sickening. See ‘Practice Relating to Rule 103. Collective Punishments’. And third, the coup is a violation of Venezuela’s constitution. See ‘The Failure of Guaido’s Constitutional Claim to the Presidency of Venezuela’.

Unfortunately, international law (like domestic law) is simply used as another means to inflict violence on those outside the elite circle and, as casual observation of the record demonstrates, is routinely ignored by elites in the US and elsewhere when their geopolitical, economic and/or other interests ‘require’ it.

As usual, there is no remotely reasonable pretext for this coup, despite the usual alphabet of sycophantic US allies such as Australia, Britain, Canada, France, Germany, Israel…. – see, for example, ‘Australia recognises Juan Guaidó as Venezuela president’ and ‘Emmanuel Macron, Pedro Sanchez, Angela Merkel and Theresa May Have No Right to Issue an Ultimatum to Venezuela’ – as well as the elite-controlled corporate media, lying that there is such pretext. Mind you, given the flagging domestic support for many of these political leaders in light of their obvious incompetence in dealing with issues of critical import to their own constituencies – is this where we mention words like ‘Brexit’ and ‘Yellow Vests’, for example? – it is little wonder that the distraction offered by events elsewhere is also used to provide some relief from the glare focused on their own ineptitude.

Of course, a submissive Organization of American States (OAS) – recognizing Guaidó in violation of its own Charter – and the cowardly European Union (EU), also kneeling in the face of US pressure to ignore international law, simply add to the picture of a global system devoid of moral compass and the rule of law, let alone courage.

It is true, as most of you are well aware, that Venezuela has been experiencing dire economic circumstances but, as most of you also know, these circumstances have been caused by ‘outside intervention, internal sabotage and the decline in oil prices’, particularly including the deepening economic sanctions imposed by the United States in recent years. For solid accounts of what has taken place in Venezuela in recent times, particularly the external factors causing these dire economic circumstances, see the report on behalf of the United Nations Human Rights Council written by Alfred de Zayas ‘Report of the Independent Expert on the promotion of a democratic and equitable international order on his mission to the Bolivarian Republic of Venezuela and Ecuador’ which identified the crisis the US ‘economic warfare’ was precipitating – see ‘Former UN Rapporteur: US Sanctions Against Venezuela Causing Economic and Humanitarian Crisis’ – as well as the research reported in ‘Opposition Protests In Venezuela Rooted In Falsehoods’, ‘Trump’s Sanctions Make Economic Recovery in Venezuela Nearly Impossible’, ‘US Regime Change in Venezuela: The Documented Evidence’ and ‘Venezuela: What Activists Need To Know About The US-Led Coup’.

But lest some people think this US coup is only about resources, geopolitical control is also vital. As noted by Garikai Chengu: ‘America seeks control of Venezuela because it sits atop the strategic intersection of the Caribbean, South and Central American worlds. Control of the nation, has always been a remarkably effective way to project power into these three regions and beyond.’ See ‘Sanctions of Mass Destruction: America’s War on Venezuela’.

Of course, even though the outstanding problems in Venezuela have been primarily caused by the ongoing illegal US inteference, the eminently reasonable government of your country remains willing to engage in dialogue to resolve these problems. See, for example, ‘Venezuela leader Nicolas Maduro seeks talks with Obama’ and ‘Maduro Reaffirms Willingness For Dialogue’. However, this willingness for dialogue does not interest the US elite or its sycophantic western and local (both within Central/South America and within Venezuela) allies who, as noted above, are intent on usurping control from the people of Venezuela and stealing your resources.

In any case, and most importantly, for those of us paying attention to the truth, rather than the garbage reported in the elite-controlled corporate media – see, for example, ‘Can Venezuela Have a Peaceful Transition?’ but outlined more fully in ‘“Resistance” Media Side With Trump to Promote Coup in Venezuela’ – we are well aware of what you all think about this. Because, according to recent polling, you are heavily against US and other outside intervention in any form. See ‘86% of Venezuelans Oppose Military Intervention, 81% Are Against U.S. Sanctions, Local Polling Shows’.

Fortunately, of course, you have many solidarity allies including countries such as Russia, China, Cuba and Turkey who acknowledge your right to live with the government you elected and do not wish to steal your resources. Moreover, at an ‘emergency’ meeting of the UN Security Council on 26 January 2019, called by the United States to seek authorization for interference in Venezuela, the Council was divided as China, Equatorial Guinea, Russia and South Africa opposed the move, with Côte d’Ivoire and Indonesia abstaining. See ‘UN political chief calls for dialogue to ease tensions in Venezuela; Security Council divided over path to end crisis’.

And there is a vast number of people, including prominent public intellectuals, former diplomats and ordinary people who are solidly on your side as you defend yourselves from the latest bout of western imperialism. For example, Professor Noam Chomsky and other prominent individuals have publicly declared their support – see ‘Open Letter by Over 70 Scholars and Experts Condemns US-Backed Coup Attempt in Venezuela’ – and former UK ambassador Craig Murray has argued that ‘The Coup in Venezuela Must Be Resisted’.

Anyway, given your existing and ongoing resistance to the coup in defense of your elected government, I would like to offer another avenue of support for you to consider. My support, if you like, to plan and implement a comprehensive nonviolent strategy to defeat the coup.

So what is required?

I have explained in detail how to formulate and implement a strategy for defeating coup attempts such as this in the book The Strategy of Nonviolent Defense: A Gandhian Approach.

However, I have also outlined the essential points of this strategy on the website Nonviolent Defense/Liberation Strategy. The pages of this website provide clear guidance on how to easily plan and then implement the twelve components of this strategy.

If you like, you can see a diagrammatic representation of this strategy by looking at the Nonviolent Strategy Wheel.

And on the Strategic Aims page you can see the basic list of 23 strategic goals necessary to defeat a coup of the type you are resisting at the moment. These strategic goals can easily be adopted, modified and/or added to if necessary, in accordance with your precise circumstances as you decide.

If you want to read a straightforward account of how to plan and conduct a nonviolent tactic so that it has strategic impact, you can do so here: ‘Nonviolent Action: Why and How it Works’.

This will require awareness of the difference between ‘The Political Objective and Strategic Goal of Nonviolent Actions’.

And, to ensure that your courage is most powerfully utilized, you are welcome to consider the 20 points designed to ensure that you are ‘Minimizing the Risk of Violent Repression’ whenever you take nonviolent action where repression is a risk. The information is useful for both neutralizing violent provocateurs but also in the event that sections of the police or army defect to support the US puppet Guaidó in the days or weeks ahead, as often happens in contexts such as these.

In essence, your ongoing resistance to the coup is essential if you are to defeat the coupmakers and defend your elected government. But the chances of success are vastly enhanced if your struggle, and that of your solidarity allies around the world, is focused for maximum strategic impact and designed to spread the cost of doing so.

Remember, it is you who will decide the fate of Venezuela. Not the US elite and not even your President and government.

Of course, whether or not you decide to consider and/or adopt my proposed strategy, you have my solidarity.

Robert J. Burrowes has a lifetime commitment to understanding and ending human violence. He has done extensive research since 1966 in an effort to understand why human beings are violent and has been a nonviolent activist since 1981. He is the author of ‘Why Violence?’ His email address is [email protected] and his website is here.