Freedom at any cost: women risking their lives to escape Saudi Arabia 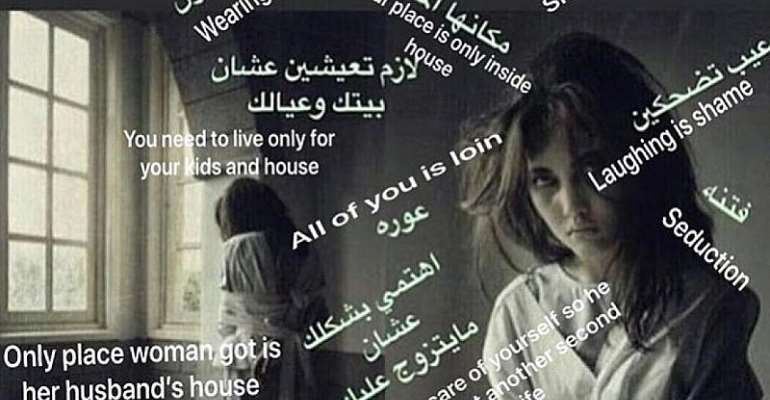 On January 8th of this year, the world once again was forced to pay attention to the calls for help from a Saudi woman. This time it was 18 year old Rahaf al-Qunun.

She fled Kuwait where her family was vacationing.
With a ticket in hand for Australia, the plan was to land there and claim asylum.

Except authorities stopped her during her layover in Thailand.

Thai officials complied with the demands of the Saudi kingdom and promised to deport her back to Saudi Arabia because her guardian, her father, had reported her as missing.

Instead, she barricaded herself in a hotel room and refused to exit until the United Nations Refugee Agency took her claim for asylum.

In the end, Al-Qunun won.
And she, like thousands of other Saudi girls, are risking everything to get out of a country that continues to enforce the male guardianship system.

"I'm one of the lucky ones,” said Al-Qunun in a press conference from her new adopted country Canada. “I know that there are unlucky women who disappeared after trying to escape and who couldn't do anything to change their reality."

An articled released by the organistion on January 30 reminded people that while other countries in the Middle East may have elements of the system, Saudi Arabia's is by far the most “draconian in the extent of its law and regulations.”

Saudi Arabia's Crown Prince Muhammad bin Salman Al-Saud is trying to be seen as a reformer in women's rights, beginning with the authorization to allow women to drive last year in July.

But Michael Page, the deputy Middle East director at Human Rights Watch says the plight of Al-Qunun and hundreds of others only shows how laughably at odds this is from reality when the authorities try to hunt down fleeing women and torture women's rights activists in prison.

Julia*, one such woman, knows all too well the dire situation for many women in the kingdom.

Life in Saudi Arabia
Already as a young girl, Julia felt the constraint of being a female. “My father was refusing me ….because he [was] expect[ing] a girl” she says. A story she heard later on in her life. The third daughter after two other girls and five boys, she says her father didn't want to give her a name because of his disappointment in not having another son.

Girls who were allowed to study inevitably learned about other cultures and mentalities. “They start to realize and discover their life not belonging [to them but] for the culture, traditional family rules” she explains.

Marriage by force
Every woman that escapes the kingdom has her own tale. But all of them start with a breaking point.

In the case of Julia, her forced marriage at the age of 27 to a man in his 60s was her limit.

“He was older than me. I was younger [than] him and beautiful, and virgin and pure for him. He was like really ugly, old rich guy; crazy” explains the former Saudi woman.

“Trying to rape me. Taking a lot of things from me. Not making me eat because I don't want to sleep with him. It was really awful experience”. She soon faced depression and turned to her family for support.

But they offered no such help.
She confided in a few friends and said she would try to escape in her own city. “But my friend told me you are crazy. If you escape, you will not win nothing. . . they will discover you.”

And then an opportunity presented itself.
In an effort to perhaps win-over his young bride, her husband said he was planning their honeymoon to Europe. “You will be happy and I can have sex with you. This is his planning” snaps Julia about her husband's plan.

But she agreed and called her friends right away. “Ok, I will escape. This is my only chance” she told them and they all agreed that this was the perfect moment.

Plan in motion
Julia didn't have a chance to plan much. All she knew is that they would be arriving in Paris for the first stop. “So I was folding my luggage. I take everything, papers, cloths, I take everything I can take to live in safe[ty] and security when I arrive” she explains, stressing she had no idea what to expect upon arrival.

Her bloated luggage already got a suspicious nod from her husband. “Why is your luggage full of things? You want to escape or what?” he asked her. But she calmly rejected such an idea to minimize any problems with him.

During the check-in at the airport she remained attentive and obedient, “I was listening to him and everything” and then the take-off.

“When the flight start to fly high, far away from Saudi Arabia, I was starting to feel my freedom. I put my headphones, I was listening to Bon Jovi, he [husband] was talking to me, I was ignoring him all the time because I was feeling so free” explains Julia.

Claiming asylum
Throughout the flight, Julia says she was looking up on google how to escape in France. She learned that upon arrival at the airport, one can go to the police and ask to claim asylum. “They will take you right away and do a small investigation” she learned. All facts to fuel the escape.

Before exiting the airplane, her husband told her “to be cool and happy and don't do anything too crazy.” He had their passports and she followed him through the customs check.

At that point, he told her to wait while he got the luggage. “Don't move, don't do anything” he warned her.

Seize the moment
Right then “I know this is my moment. If I don't do it, I'm not going to have it” stressed Julia. Right away as her husband walked in one direction, she went in the opposite back to the policeman.

“I was crying and he couldn't understand me” she explains. “Help me, save my life, he's monster, I need my passport. Asylum seeker, asylum seeker!” she repeated until the police man understood what needed to be done.

At that point the policeman put her under his protection and told her husband she was no longer with him and asked for her passport. “He said this girl don't belong to you…go, go out of the airport.”

The fact that someone was willing to protect her for the first time was already a big surprise. Her husband kept biting back;  refusing to leave without his wife.

But the authorities had already taken over.
To have the realization that she was free from her abusive husband was a euphoric feeling. “At that moment I take my hijab, abaaya and everything and I throw it in the trash. And he was seeing me do that and he was very angry!” she recounts.

“It was the moment when I realized I'm alive…I'm not 27 years old. I'm one day in this life, so it is my real birthday” says Julia with a big smile.

Asylum in France
According to OFPRA, the French Office to Protect Refugees and Stateless Persons, very few Saudis claim asylum in France, but of those who do, half are women, which is a telling number given they can't even leave the country without authorization from their male guardian.

The agency says every day there are requests for asylum done at the airports and the officers on hand there are trained in how to handle such situations.

After being interviewed by French officials, Julia spent the following four months in an airport hotel awaiting a response to her claim of asylum.

Finally she was granted refugee status and her papers were in order to begin her life in France, as a free woman.

Life post Saudi-Arabia
In the five years since claiming asylum, Julia has begun working and supporting herself while learning French.

She and her French boyfriend just had their first boy, of whom Julia proudly points out was born into a loving family of unmarried parents.

Contacting her family has not been easy. She spoke to her mother twice by phone, only to hear words about her having lost her mind and that she should come back to Saudi Arabia. Julia decided not to contact her again.

Example for other women
Julia, Rahaf, Rana , and Safaa are just some of the names of women who managed to leave the country.

Not everyone is that lucky.
Dina Ali Lasloom made it as far as the Philippines in 2017 until she was forced back to the kingdom.

Her whereabouts remain unknown to this day.
An online movement organized and managed by non-Saudis called World Citizens for Saudi Women posts daily videos, photos, and words sent by the women themselves through Facebook, Instagram and Twitter.

Many of those posting still live in Saudi Arabia and have no other way to express themselves and their frustration.

Such online presence provides support and perhaps hope to women caught in the system that refuses to see them as humans.

And as Julia explains, the women who make it on the outside, link up to help others.

That principle was put in action the day Al-Qunun was stranded in Thailand.

"When we see the profile and we know this girl escaped, we try to [say] 'bravo' [and] encourage each other” explains Julia. She adds that making it out doesn't mean each girl focuses on her life and moves on. “We wrote articles, we want to do radio….we want to make the world hear Saudi women voices. [We] want to make [a] chance for the generation in Saudi Arabia” she stresses.