Madagascar: Gruesome Killing Of Suspected Cattle Thieves Must Be Investigated 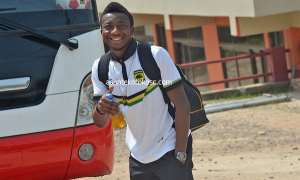 Malagasy authorities must fully investigate the gruesome killing of eight men suspected of being cattle thieves, Amnesty International said today after photos of their bullet-riddled bodies were released. The eight men were shot dead by police after they allegedly tried to steal from a shop. Three policemen were also injured during the confrontation.

The organization has independently verified the harrowing images, taken after the men were shot dead following a confrontation with police on 25 January in Betroka, southern Madagascar.

“The Malagasy authorities must launch a prompt, effective and independent investigation into the incident, including these killings and, if an excessive or unnecessary use of force is demonstrated, bring those suspected of criminal responsibility to justice in fair trials.”

Around 4,000 people have been killed in southern Madagascar in the past five years - including alleged thieves, police, soldiers and civilians - in the context of the government’s crackdown on cattle thieves, according to official figures.

“President Andry Rajoelina has committed to tackling the phenomenon of cattle rustling - he must start by ensuring that security forces are strictly guided by the law when responding to such crimes,” said Tigere Chagutah.

“As well as ending this culture of killings, the authorities must also stamp out the impunity associated with it.”

Under Malagasy and international law, police are only allowed to use force as a last resort, and even then they can only use the bare minimum to prevent further loss of life.

‘Flouters Of Ban On Public Gatherings Will Be Dealt With’ – ...
29 minutes ago