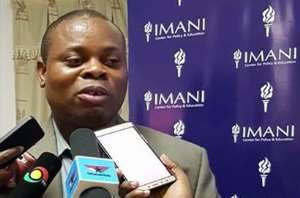 Ensuring that the quality of the judicial system is up to a high standard is crucial for ensuring that court users get justice and for attracting business to Ghana. Under the Enforcing Contracts indicator, the World Bank's Doing Business index rates the quality of a country's judiciary using a Quality of Judicial Processes index. Each nation is assessed on a scale of 0-18 on four main components: Court Structure and Proceedings; Case Management; Court Automation, and Alternative Dispute Resolution (ADR).

Under this sub-indicator, Ghana scored 3 out of 5, missing out on the full score due to the absence of a small claims court and because the random assignment of judges to cases is done manually, rather than automatically.

Other countries, such as Côte d'Ivoire and Indonesia have established small claims courts as a way to shorten the amount of time needed to resolve such cases. In Ghana, the High Court (Civil Procedures) Rules, 2004 (CI 47)[1] can be revised to enable the introduction of fast-track procedures for small claims at District Courts. The revised Rules could include a limit on the value of cases that can be handled through the fast-track procedure and stipulate that parties can represent themselves if they wish to. Self-representation in small claims procedures would also attract more people to the courts, who would otherwise not be able to afford seeking justice because of the cost of hiring lawyers.

Alternatively, specialised courts could be set up to handle small claims. This has been recommended in the past, notably by Mr Justice Jones Victor M. Dotse, a Supreme Court Judge, in 2013[2]. Justice Dotse made this recommendation to ease the seeming frustrations of those wanting to litigate small claims.

Ghana only scored 1 out of 6 for Case Management in the 2019 Doing Business report. This score was given because there are time limits in place in Ghanaian courts. However, there is an absence of laws regulating the number of adjournments, and an absence of efficiency reports, such as the clearance rate report and single case progress report, among other things.

In order to improve in this area, Ghana could learn from Namibia, which was scored 5 out of 6 in this category. To improve the efficiency of its court system, Namibia embarked on reforms to their case management structures. This began with peer-learning exercise of the top performing countries for the Enforcing Contracts indicator[3]. This led to the approval of new court rules in 2014, including on time limits for court events, pre-trial conferences, earlier intervention by the judge, tools to dispose of cases that have been abandoned by the parties and court-connected mediation[4]. These reforms have resulted in a case clearance rate above 110% (due to clearance of backlog of cases), which is higher than some high income OECD economies such as Finland and Denmark[5].

By making the commitment of establishing a Working Group for Enforcing Contracts, as well as a User's Committee for Commercial Courts, Ghana is on a similar path as Namibia to reforming the case management system. In order to improve the courts, Ghana should implement measures such as preparing manuals for the use of courts at every level of the courts (district, circuit, etc.), regulating the maximum number of adjournments and continuances granted in cases, and publishing all Cause Lists to be captured under Motions and Trials online. Ghana could also introduce uniform case management schedules for courts across the country to help court users, especially business-owners in commercial courts, plan the time they will need to spend in the courts.

The low score for Court Automation is not uncommon for a court system in a developing country. Although access to internet services and technology have been steadily increasing over the past decade in sub-Saharan Africa, full automation and digitisation of court services are still not common, mostly due to low capacity[6]. In Ghana, there have been attempts to introduce online portals for court processes, such as the intention to introduce a portal for filing online in 2018[7]. The e-justice project has been in progress in courts in Ghana since 2001, aiming to automate judicial processes by putting some forms online and introducing the Fast Track Courts[8]. However, these efforts have not borne fruit as of yet in the commercial courts.

One sub-Saharan African country that has successfully implemented automation to their court system is Rwanda. Of all the countries listed in Table 2, Rwanda was one of the few that scored 4 out of 4 for Court Automation. In order to achieve this, Rwanda introduced an integrated electronic case management system (IECMS) in 2016 after 22 months of development and training of staff. The IECMS allows users to file cases online, exchange documents, and communicate with courts' help desk registrars, among other things. This system is well integrated with others in the country, meaning there is no duplication in data collection and processing, allows for automatic case tracking is accessible to all citizens, and saves time and money. The IECMS has won awards, such as an award for innovation at the prestigious Top 10 Court Technology Solutions Awards ceremony held at the National Association for Court Management annual conference in July 2017[9].

Similarly, South Korea and Singapore both introduced electronic case management systems in 2010 and 2014, respectively. These systems allow document submission, registration, service notification to all parties and access to court documents. In Singapore, the system also allows certain hearings to be done via video conference[10].

Ghana should follow the examples of these countries by establishing a fully integrated paperless court system. A medium-term approach, similar to the Rwandan approach of building of the system and training of staff to use the system for a period of time, should be adopted in order to establish the most robust system and reap the benefits of the automation of court procedures in the long-run. This focused and robust approach was one of the suggested recommended actions by the Users Committee on Commercial Courts in 2018, of which IMANI is a part of.

However, one of the major issues with following this recommendation in Ghana is the funding for the judiciary. In August 2018, following the mid-year financial budget review, Justice Samuel Kofi Marful-Sau, a Supreme Court Judge, stated that confidence in the judiciary cannot be built as it is underfunded[11]. This also makes it difficult to automate the courts, especially at the District- and Circuit- levels. He cited that the structure of the judiciary makes it easier to automate the Supreme courts, as they are all situated in the same place, rather than the district and circuit courts, which are dispersed around the country[12].

[8] Graphic Online. (2017). How can e-justice make a difference in justice delivery? Available at: https://www.graphic.com.gh