Two Drowns In a Galamsey Pit 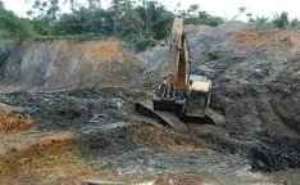 Two siblings, Messi Kennedy, 25, and Messi Joseph, 23, have met their untimely death after they got drown in a galamsey pit.

Reports suggested that the two went fishing in an abandoned mining pit in Kwakrom in the Sehwi Juaboso District of the Western Region.

The Assembly Member of the Area, Hon. Affum Krobo, who confirmed the news to modernghana indicated that the bodies of the deceased have been conveyed to the Sefwi Juaboso Government Hospital for further examination.

The District Police Commander, DSP Isaac Kumnipa, noted that the bodies of the victims were only discovered on Tuesday 29th January after reports suggest they both left home a day earlier.

The more we sink into debt and become poorer, the more money...
57 minutes ago