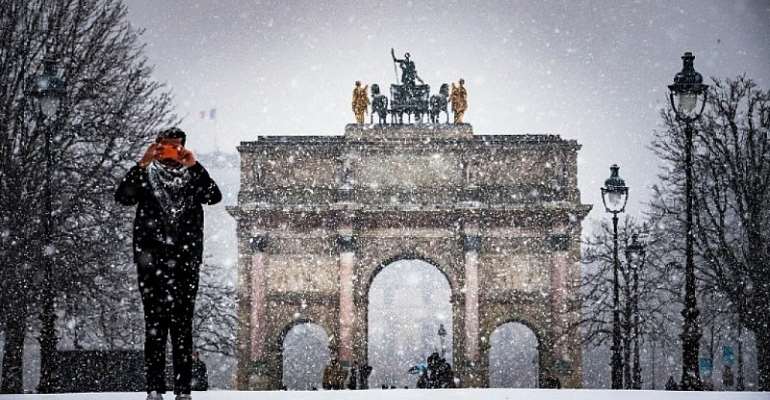 Storm Gabriel is moving across western Europe and is to hit south-west Franceon Tuesday afternoon. Gabriel will bring widespread rain and snow. Already half of the country is on extreme weather alert.

43 administrative departments are on high alert (orange warning, according to Meteo France), including Paris and its region, from 4 pm on Tuesday until 6 am on Wednesday.

Meteo France forecasts wind gusts of 100 to 130 km/h which will first hit the Aquitaine department in the south west.

The winter storm will then move from west to east laying 5 to 10 cm of snow. In some areas there will be 15 cm of snow.

TheTministry of Transport is warning of severe traffic disruption.

On the Ile-de-France region around Paris, heavy goods vehicles weighing over 7.5 tonnes and those transporting dangerous substances will be banned from the roads from 9 pm.

The busy RN 118 road acorss the Ile-de-France will be closed to all traffic from 10 pm due to expected snowfall.

Meteo France warned that the "snowy episode could make traffic conditions very difficult", advising drivers to be "very cautious and vigilant" on the roads.

Address Me As ‘Ya Na Abukari II, Stop Using My Enskinment Pi...
2 hours ago