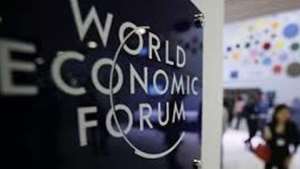 This year’s theme was the “fourth industrial revolution” and asked policymakers, corporate leaders, and nonprofits to team up on solutions to new problems posed by the internet of everything and big data.

But of course, the market-moving attendees were closely watched for their commentary on the flurry of geopolitical issues headlining the news right now.

Yahoo Finance was on the ground in the Swiss Alps and wraps up the five big takeaways from the big meeting.

2019 outlook: slowdown, but no recession

There was universal agreement among Davos attendees that the global economy would slow down in 2019, but the jury is still out on whether the slowdown could tip into recession. Ahead of the meeting, the International Monetary Fund actually revised down estimates for global growth, from 3.7% to 3.5%. And Chinese Vice President Wang Qishan had to reassure attendees that GDP growth of 6.6% in 2018 — the slowest pace of growth for China since 1990 — was “not low at all.”

Despite all of this, attendees said the outlook is far from expecting a recession.

“The market is saying expect a slowdown,” Hutchins told Yahoo Finance, adding that “the market does not seem to be forecasting a recession.”

The trade war between the two largest economies in the world appeared to be the biggest concern at Davos.

Although U.S. Secretary of State Mike Pompeo and Chinese Vice President Wang Qishan said they were “optimistic” about a trade deal being done, there is uncertainty about the actual status of the trade negotiations as Commerce Secretary Wilbur Ross countered that they are “miles and miles” from a compromise.

“If that gets any worse than it is already or doesn’t have a resolution that could weigh heavily on markets,” Mary Erdoes, CEO of J.P. Morgan Asset & Wealth Management, told Yahoo Finance.

Still, some waved off concerns about the impact of the trade negotiations. Carlyle Group founder David Rubenstein told Yahoo Finance that both sides appear to have wants and needs that can produce positive outcomes for both countries.

“I don’t think it’s a war, I think it’s a dispute between two people who have to live together,” Rubenstein said.

Amid discussion about the impact of technology on the global order, Davos attendees expressed concern about data security and governance. As Facebook (FB) continues to face fallout over the use of personal data, some worried that governments are behind the ball on defining the rights of internet citizens.

Japanese Prime Minister Shinzo Abe made this his No. 1 point in a speech on Wednesday, warning that the world will be “light years behind” if countries fail to install safeguards on the use of personal data.

“We must on the one hand be able to put our personal data and intellectual property, national security and so on under careful protection while on the other hand we must enable the free flow of medical, industrial, traffic and other useful non-personal anonymous data to see no borders,” Abe said.

How to effect that change is a tougher question.

Some companies are trying to take the issue into their own hands. HTC has started shipping the Exodus, a crypto-focused phone that segregated the software managing crypto assets from the Android operating system baked into the device.

Phil Chen, the leader of the HTC Exodus project, told Yahoo Finance that his phone is aimed at empowering users to take ownership of their financial data.

“There’s this other concept I think is even more fundamental than privacy, is this concept of digital property,” Chen said.

Harvard President Larry Bacow told Yahoo Finance that the constant call for action on global warming is necessary in a world where there somehow is not consensus on the dangers of climate change.

“You take your plastic, you put it in the right container, you feel you’ve done the right thing. But actually, that plastic is not guaranteed it will be recycled,” director-general of WWF International Marco Lambertini told Yahoo Finance, adding that in many countries the plastic simply ends up in incinerators.

Some corporations are finding businesses cases to addressing environments. Coca-Cola (KO), for example, is tackling the plastic issue by manufacturing bottles that have a lower carbon footprint.

Jury’s still out on leveraged lending

Some bears warn that there is a recession trigger hiding in the market: corporate debt.

Minerd said he thinks there is another year of “runway” for corporate debt and leveraged lending markets, but said once the Fed resumes rate hikes at some point, companies with tight cash flow could collapse and shock markets through bankruptcies.

But not everyone is so concerned. S&P Global CEO Doug Peterson, whose company is in the business of rating corporate debt, told Yahoo Finance that although retail companies are showing some wear he sees only “benign” risk.

“There are just as many credits that are being watched for upgrades as there are for downgrades,” Peterson said.