Sankofa: The Case for Ideological Education 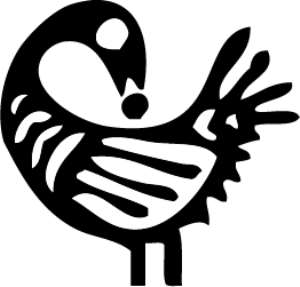 I really hate letting the air out of the tires of any of the Black Bandwagons, but someone has to do it.

One particularly over inflated bandwagon is the whole Black Academic Achievement Bandwagon.

Every year around graduation time folks start posting these images and links that demonstrate the brilliance of Black students, some young Brotha who earned a 5.0 GPA and got accepted in to all the Ivy League schools, or the one inner-city school that sent every single one of their graduating seniors to college, etc.

Having been an award winning high school student myself, I don't want to take anything away from these youth, but I also don't really see what the fuss is about because our brilliance is a given, with the proper supports and motivations Africans always excel, in fact; if we understood the amount of time, resources, and planning our Oppressors put in to suppressing the brilliance of our youth, we'd almost feel sorry for the Oppressor, it's not an easy thing to do.

But that's not my ultimate point.

The real issue is; we've failed after over 100 years of being off the Plantation, and having varying opportunities to be a literate and educated people to fully understand the real value of education.

That's why we as an African people lose more ground as we send more and more of our youth off to be academically educated by institutions we didn't build, own, or control.

Without African Ideological Education we get:

-More and more chronic diseases in our community, and shortened life spans even though we have more Black Doctors than ever.

-The great fighters and warriors that arise from our communities end up enlisting into the armies of our Oppressors, and refuse to use their martial training for the protection and interest of the African Community.

-Our incarceration rates explode even though we have more Black judges, lawyers, and investigators than ever.

-We see an inflation in both police brutality and inmate abuse in prisons even though we have more Black Cops and Correction Officers than ever.

-We have all these brilliant Black scientist and engineers, but they seem to be unable to address any of the structural, or technological problems that plague Black Communities, or Africa. They also willingly and enthusiastically develop technologies that aid the Global White Minority in sustaining their systems of Global White Domination, from surveillance to weapons technology, our Black engineers and scientist have had a hand in it all; but where are the resistance technologies?

-We have the most creative minds and athletics bodies evolution or God ever designed, but with all that, there are no Pan-African Games, no entertainment or athletic industries or manufacturing in the hood, and the works of our greatest entertainers are owned by non-Africans, feeding the families of Culture Bandits as the descendants of some of our greatest artists live in poverty.

-We are the most Spiritually endowed people I've ever encountered, yet our communities have not been able to shield our children from all of the degenerate values and practices of the Dominant Culture.

-Finally, we have more Black Billionaires, and Multimillionaires than ever before in modern history, but we collectively have the smallest share of property and wealth than at any time in our history since the Reconstruction Era. From land to home to business ownership; we are losing ground. We've yet to surpass the economic progress that our ancestors made under Jim Crow laws, and open racial discrimination. Just review Dr Claud Anderson's research if you don't believe me.

So, even though I've been accused of being Anti-Education, it's the furthest thing from the truth, I'm Anti-Indoctrination that bestows all these skills and money on our youth, but renders them incapable of identifying and addressing the problems and issues specific to Black people.

Just think about that the next time you post or read a link about some Black youth's outstanding academic achievement. Ask yourself; "is all the Black Brilliance gonna be captured and used by our enemies, or even turned against the Black community, or has that Black youth been grounded in African values, and understands their obligations to the Black community above all others?"

Personally, it makes me shudder whenever I read about some brilliant Black youth, overcoming the odds, then being packaged and shipped off to one of these institutions that have a history of producing individuals who've attacked our People, and subverted our Movements. Remember, the CIA, FBI, and NSA all have close ties to all of these Institutions of Higher Learning, and the multinational corporations are essentially dictating the curriculum at this point. So if a Black child is shipped off without any ideological preparation and cultural armor, what chance will they have?

(Remember, Woodson was the second Black man to get a PhD from Harvard, and he broke it all down for us in The Mis-Education of the Negro, way back in 1933! We didn't get the message then, and I don't think we get it today.)

I don't recall we ever changing a leader in the middle of a ...
44 minutes ago