'No gold for Maduro', Venezuela's Guiado asks the UK 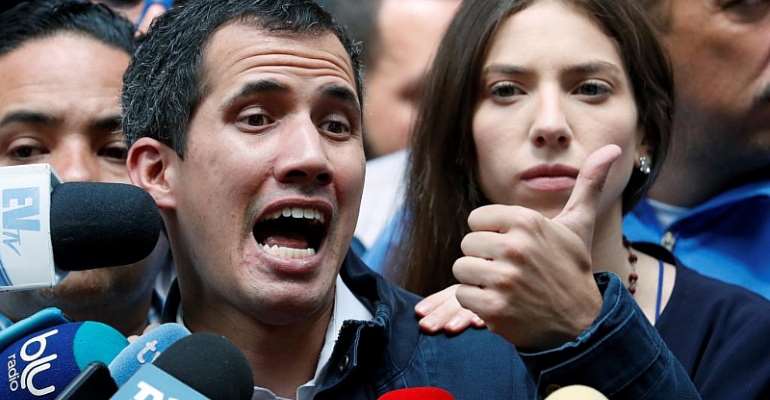 As international support grows for Venezuela's self-declared interim president Juan Guaido, the opposition is looking to stop President Maduro from accessing gold reserves in the Bank of England.

With an ailing economy and mass short shortages widespread, and an annual inflation approaching two million percent, Maduro's government has been trying to repatriate gold from the Bank of England for fears the oil-rich country may be caught up in international sanctions.

Gold for strength
According to Reuters, the country's holdings apparently jumped to 1.3 billion dollars after Venezuela's central bank closed a gold swap deal with Deutsche Bank.

Guaido sent letters to Britain's Theresa May and Bank of England Governor Mark Carney stating that officials from Maduro's government were trying to sell the gold and move the money to Venezuela's central bank.

He fears that if that money enters the country, it will be used by Maduro “to repress and brutalize the Venezuelan people.”

To date, neither the Bank of England nor May's office have commented on the matter.

Flailing oil production
As one of OPEC's founding members, Venezuela's oil production levels are down to 1.2 million barrels per year.

It's an industry that makes up 90 percent of the government's revenues.

Washington had traditionally been its biggest importer of crude oil, but with US President Donald Trump threatening sanctions, this number of barrels per year could fall even more, although he has not yet issued a full oil embargo.

Maduro and the military
While Guaido is calling for more protests to put pressure on Maduro to call for new elections and also to ask the military to put its support in the opposition.

But on Sunday, Maduro oversaw a large display of the army's Russian equipment including anti-aircraft flak and tank rounds.

Defense Minister Vladimir Padrino and President Maduro watched a platoon of soldiers demonstrate the efficiency of their rocket-propelled grenades and machine gun anti-aircraft fire and tank as they fired rounds at hillside targets.

It's the type of move that many fear will further complicate the situation on the ground as things may grow increasingly violent as more people demand an election and show support for Guaido.

As the exercise wrapped up, Maduro noted that “nobody respects the weak, cowards, traitors. In this world what's respected is the brave, the courageous, power”.