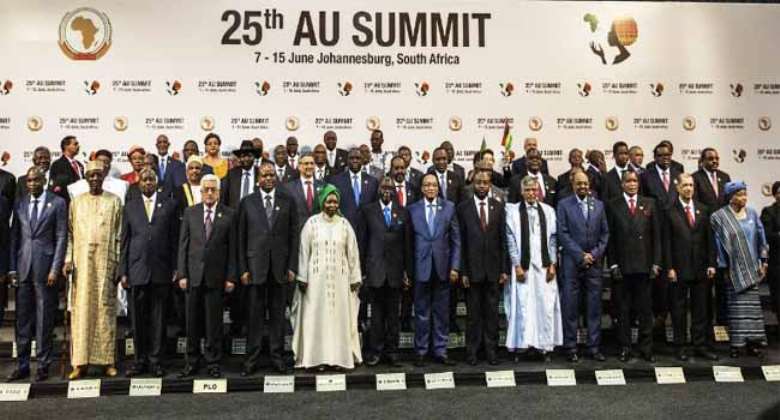 Simply because most are good but trapped in a game that overpowers them.

Our states are still colonial states meant to exploit our resources for foreign interests, regardless of who manages them.

The continuation of the colonial state is enforced by a huge apparatus going from freemasonry lodges to assassinations.

Anyone taking power tomorrow in any of these states would end up being criticized, blamed, accused of incompetence or treason. Or assassinated.

Without understanding the game, leveraging the game, with a hidden agenda to decolonize the African state, everything else is only outsider noise in search of fame or power.

Sure, there are hundreds of areas in which a puppet leader still has room for improving the conditions of their people. Unfortunately, the puppet requires thousands of loyalists who occupy positions that abuse those areas too.

Strategy, hard thinking labs, are to be invested in, otherwise the loud outsiders are playing into the game of African enemies, unconsciously.

We are in catch 22 situation. The more we criticize our leaders, the more fragile they feel, the likely they seek protection from foreign powers. "the people are against me. Whatever I do, they are angry and disrespectful. I'd better do with the foreigners who more often come to me smiling with gifts". I've seen that logic plays to even local leaders like mayors.

On the contrary, when a leader has a strong support from home, they are more confident to stand a chance from external aggression or infiltration. Examples are Russia and China. Regardless of the deluge of critique from the west, those leaders could rely on their elite and people support.

There is a need to strike a balance, otherwise, we can feel like criticizing our leaders, but indeed we are playing into the game of the foreigners.

Such opinion won't fare well in the contest of reactionary activism, which is good only in situations of incidents, not in the case of large scale strategy shift like we are working on.

Our long list of good leaders assassinated, imprisoned or victim of coup are the proof of the sustained strength of the colonial apparatus.

Without patiently and systematically dismantling the current colonial apparatus, any opposition leader who would take power in Africa, would just be the next vomit of the people.

About the Author:
Edward Mitole
Revolutionary Pan Africanist and Decolonialist.
Founder of the African Renaissance Project.

Edward Mitole is the most powerful proponent of the African Liberation Movement today, as well as the foremost black political thinker of our time. He is a speaker, activist, theoretician and organizer of campaigns such as “The Curriculum Must Fall” and "Africa Unite".

Following in the footsteps of previous black leaders such as Marcus Garvey, Kwame Nkrumah, Mangaliso Sobukwe, Patrice Lumumba and Malcolm X,Edward Mitole points to a positive future for the African Continent through the slogan made famous by the Garvey Movement of the 1920s, “Africa for Africans, at home and abroad.” He sends a bold message, calling on African people worldwide to unite their homeland, liberate their people and dispense with colonial borders that continue to divide and oppress.