Re: Eight CEOs Directed To Retire 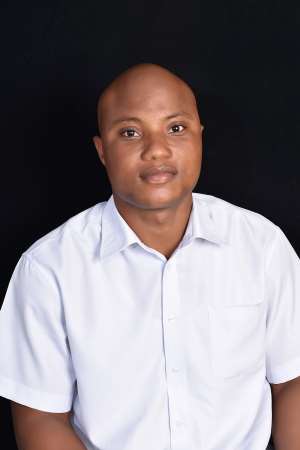 The funniest ‘thing’ I’ve heard and read this week, is this absurdly weird invitation by apologies of this government for Ghanaians to join them in commending President Akufo Addo for instructing some eight heads of state institutions to vacate their post by March 2019 due to old age. It is sad that President Akufo-Addo, though a lawyer, will unapologetically violate the laws of this country and turn round to remedy his own faux pas while expecting Ghanaians to hail.

Truth be told, the President deserves not only to be scolded, but impeached, for violating the Constitution of Ghana and the Civil Service Act, 1993 (PNDCL 327) by appointing persons he knew were debarred by law to hold those positions. In doing so, the youth of this country must lead the charge in instigating our Parliamentarians to, for once, remove their partisan mask and defend the constitution of the land by initiating impeachment proceedings against the President. The youth must demand answers from the President why he appointed these oldies when it is patently clear the law does not only frown on their appointments but debars them from holding such positions in the Civil Service.

As a starting point, article 199 of the 1992 Constitution and section 71(1) of PNDCL 327 peg the compulsory retirement age from the civil service at 60. What this means is that any person who is 60 years and above is ineligible to remain in the civil service or be engaged to work in the civil service, save on limited appointment. Section 71(2) of PNDCL 327 creates room for persons who are due retirement but their services are ‘badly’ needed to be appointed on “a limited engagement for two years at a time not exceeding five years in total.”

The use of the phrase “not exceeding five years in total”, purposively, implies that the ceiling for limited engagement in the civil service is 65 years. For instance, the law allows a person who is 63 years to be appointed on the strength of section 71(2); but for purposes of limited engagement for two years at which time he/she will be 65. Commonsensically, it will be imprudent, and ominously, a violation of the law, if a person who is 64 years is appointed on the basis of section 71(2) for a two-year contract in the civil service. This is because at the time the person would serve his/her two-year term, he/she would be 66 years, an age above what is required or accepted by the law.

Media reports indicate that the eight Heads of State institutions facing dismissal from the civil service were appointed by President Akufo Addo at a time they were above 60 years. The youngest among the eight, the Dr Samuel Annor of NHIA is presently 64 years. If his appointment was, for instance, made in 2017, then he was about 62 years when the President engaged him to head NHIA. Dr Annor’s appointment could only be considered lawful or legitimate if it was based on section 71(2), and that would have mean the President intended to engage him for two years. For an intent and purposes, President Akufo Addo did not intent to engage these underserving oldies on “limited engagement” basis. If not, why would he appoint Maxwell Kofi Jumah, for instance, who was about 66 years at the time of his appointment? No matter how you look at Kofi Jumah’s appointment, he was above the “limited engagement” requirement age at the time of his appointment.

It is clear, from all indications that, Dr Annor, like his other colleagues facing dismissal, were not appointed under section 71(2). The President, indeed, appointed them as though he was appointing persons who had not attained the compulsory retirement age into the civil service. The case is further worsened when one analyzes the appointment of Kawdwo Owusu Afriyie aka Sir John, 65 years; Eugene Ofosuhene, Controller and Accountant General, 67years; Maxwell Kofi Jumah, Ghana Industrial Holding Corporation, 68 years; Isaac Osei, Tema Oil Refinery, 67years; Kwame Owusu, Ghana Maritime Authority, 67years; Dr Anthony Nsiah, Ghana Health Service, 65 years; and K K Sarpong, GNPC; 65 years. All of them were appointed at time they were above 60 years.

Button line is, all these appointments were made in error and void ab-initio insofar as it was not done on the basis of section 71(2). The President either knew these persons were not qualified to head those institutions but bulldozed his way through, or he was, as usual, misled into appointing them due to his own unimaginable incompetence. No matter how you look at it, the President must not go unpunished for violating the very constitution and laws he took an oath on January 7, 2017 to “protect, preserve and defend”.

Aside the President, the Head of Civil Service who gave clean bill of health to these appointments must pay for his “sins”. Lastly, the affected CEOs, who knew they were above the age required to serve in the civil service, but accepted the appointments and took “fat” salaries and other benefits must not go unpunished. The best thing they must do immediately is to refund whatever they have received from the state in terms of remunerations because I’m coming after them.