Why The World Health Organization Is Falling Apart 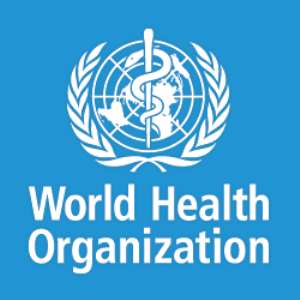 The lies behind the scene of Ebola reveals too much secrecy and cover-ups but no world leader is interested to speak about the truth which vividly confirms that Ebola is a biological weapon.

In one of our publications, it was noted that the World Health Organization often gives top post to those they wish to give in Africa, to cover up their crimes because as an educated health official, there is no room for Tedros Adhanom Ghebreyesus, WHO Director-General, to convince the world or Africans that he is not aware that Ebola is a biological weapon prepared from the US laboratory.

Just some months ago Tedros Adhanom Ghebreyesus said the chance of the virus spreading over Congo’s border was “very high,” adding that the outbreak had reached a “critical point.” Yet this man knows that Ebola is not from heaven but a biological agent to decrease the population of Africa. But we know one day Ebola will become pandemic.

Two years, amidst conflict and Ebola outbreaks, Congo approaches elections and public health workers are struggling to combat and contain the current Ebola outbreak in the Democratic Republic of Congo.

Now it has been revealed that a senior employee at the World Health Organization, misused Ebola funds to fly his girlfriend to West Africa. This is among a tide of allegations under investigation by the agency.

According to several whistleblowers, an internal inquiry has been launched by the WHO following a series of anonymous emails that alleged widespread racism, sexism and misspending.

WHO whistleblowing emails The emails, sent to senior management last year, claimed there was systematic discrimination against African staff and that recruitment processes are corrupt. Whistleblowers have also alleged that staff misused money intended to fight the Ebola outbreaks in the Democratic Republic of the Congo.

The author of one email wrote that; “corruption stories about logisticians and procurement in the World Health Organization health emergencies department is legendary.”

The WHO’s director general, Tedros Adhanom Ghebreyesus, a former health minister of Ethiopia, has instructed the agency’s office of internal oversight to investigate the claims.

The allegations, some of which were reported by the Associated Press, were raised in a series of emails, the first of which was sent in April last year.

The Guardian has learned that the allegations include claims that funds intended for the Ebola outbreak in West Africa were misused, with staff fabricating a mission so that a senior employee’s girlfriend, a junior professional, could join him during the Ebola response.

Tarik Jašarević, a spokesperson for the WHO

It has also been claimed that, during an Ebola outbreak in DRC, a plane was hired to transport three vehicles from a warehouse in Dubai at the cost of $1m (£773,000).

Tarik Jašarević, a spokesperson for the WHO, rebutted the claim, and said the agency had shipped 10 vehicles from Dubai in May because “there were no vehicles available for sale in DRC that met minimum UN safety standards at the time.”

Jašarević said the cost of transporting the vehicles was $237,801. In a statement, the WHO added that the allegations had been; “addressed openly by Dr. Tedros in global meetings with staff in which he stressed that WHO has zero tolerance for misconduct or discrimination of any kind”.

Related topic: WHY DOES THE CENTER FOR DISEASES CONTROL OWN A PATENT ON EBOLA?

The statement added that the WHO’s senior management team is “one of the most diverse and gender-balanced of any United Nations agency.” However, whistleblowers reported pervasive racism, and cited a recent example in which a senior staff member had allegedly; “humiliated, disgraced and belittled” a colleague from the Middle East.

In one email seen by the Associated Press, employees claimed there was “systematic racial discrimination against Africans at WHO” and that African staff was being “abused, sworn at and shown contempt to” by colleagues based in Geneva.

Emails also alleged the recruitment processes for senior staff were unfair and risked damaging the organization’s reputation as it responds to the current Ebola outbreak in DRC.

The WHO said it had recently strengthened its internal oversight mechanisms, adding that it has “proven processes for reporting and dealing with allegations of misconduct.” The organization pointed to an independently run hotline for staff to raise concerns and said it regularly reports the outcome of substantiated allegations.

However, Edward Flaherty, a lawyer who specializes in international litigation, said the claims should be subject to an external inquiry.

The WHO’s Office of Internal Oversight Service IOS was condemned by a recent independent report into the culture at UNAids, the health agency that spearheads the fight against HIV. The report warned that investigation processes at UNAids, which fall under the remit of WHO, were “susceptible to charges of bias and influence.”

“I have no confidence in IOS, based on my extensive experience with them, that they will come up with the right answers,” Flaherty said. “The people who run the investigations depend on senior officials for maintaining their positions.”

The UNAids report stated that IOS employs an “erroneous and misplaced high standard of proof,” when investigating claims. The report was fiercely critical of Michel Sidibé, UNAids’ executive director, warning that he had set a tone of “favoritism, preferment, opaqueness, license for wrongdoing, and retaliation against those who speak up against such practices.”

Over the past year, the UN and international charities have come under increased scrutiny over their handling of bullying, harassment, and sexual misconduct claims.

Related topic: WORLD HEALTH ORGANIZATION: YOU HAVE ABUSED YOUR TRUST

On Wednesday, a UN survey found that one-third of staff and contractors had experienced sexual harassment in the past two years. Only 17% of those eligible responded a rate that the organization’s secretary general, António Guterres, described as “moderately low”.

In a letter to staff, Guterres wrote: “This tells me two things: first; “that we still have a long way to go before we are able to fully and openly discuss sexual harassment;” and second, “that there may also be an ongoing sense of mistrust, perceptions of inaction and lack of accountability.” 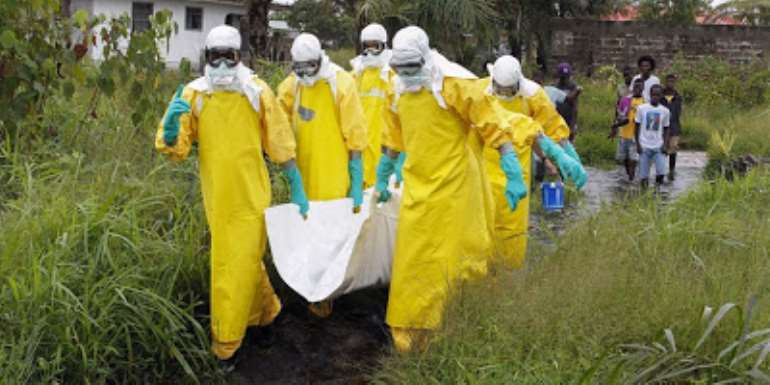 An Ebola victim for burial According to the survey, fewer than half of all respondents agreed or strongly agreed that personnel who sexually harass others will be held accountable. But how many more emails do whistleblowers have to write before the world acts?

The WHO made many statements about rebel forces in the Democratic Republic Congo and why Ebola will spread to other countries but in fact, they are the “wolf in sheep clothing.” For they know who possess the Ebola patients and there are no inside emails involved.

Related topic: DEADLY VACCINATION CAMPAIGN SUPPORTED BY UNICEF AND WHO