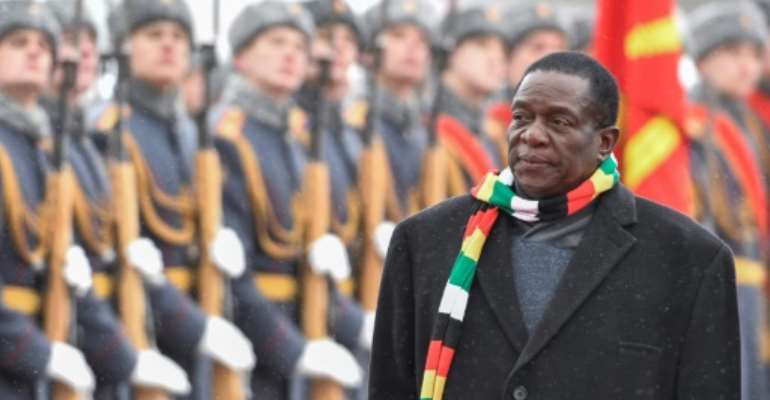 After Zimbabwe's authoritarian leader Robert Mugabe was forced from power, his successor Emmerson Mnangagwa declared the country had turned the page on repression.

Today, such claims sound deeply hollow as Zimbabwe reels from its second crackdown on protest in less than six months, analysts say.

"The mask has fallen," said Piers Pigou, an expert on southern Africa at the International Crisis Group (ICG) think tank.

"It is not a reformist government that is in place," said Dewa Mavhinga, regional director at Human Rights Watch (HRW). "The same methods have been used, the same brutality has been meted out."

Among the severest critics of the operation is the government-appointed Zimbabwe Human Rights Commission.

On Tuesday, it said at least eight people died, mostly by gunfire, and the army and police had used "systematic torture".

That followed violence in August, where six people were shot dead in post-election demonstrations, a bloodletting that ended Mnangagwa's post-Mugabe honeymoon.

Mavhinga said he saw a parallel today with the ruthless methods used by Mugabe, now 94, who ruled Zimbabwe from independence from Britain in 1980 until November 2017.

The difference today, though, is that the repression is brazen, he suggested.

"In 2008, it was a network of informal repression in many ways, involving members of security forces but others as well. It is (now) much more overt," he said.

Civil society groups have given a provisional toll of at least 12 dead last week, including a nine-year-old child, and 78 wounded, while the authorities give a figure of three dead.

NGOs report dogs which were unleashed on civilians, and wounded people who were forced to leave hospital in order to be placed on instant trial, as well as the case of a man who was tortured with a shard of a bottle that was repeatedly jabbed into the sole of his foot.

"Some people were shot at close range, about one meter (three feet) away," said Norman Batara of the Zimbabwe Association of Doctors for Human Rights (ZADHR).

Fearing for their safety, some members of the ZADHR have fled to Zambia, Botswana and South Africa, the organisation said.

The authorities ordered a shutdown of the internet, a move that the Zimbabwe High Court on Monday ruled was illegal -- only the president has such powers, it said.

Mnangagwa, 76, cut short a foreign tour after the crackdown, amid growing concern about the scale of the violence.

He fired off a vow to take action as he returned home on Tuesday.

"Violence or misconduct by our security forces is unacceptable and a betrayal of the new Zimbabwe," he said on Twitter, in words that echoed his response after the events in August.

"Chaos and insubordination will not be tolerated. Misconduct will be investigated. If required, heads will roll."

But he also had tough words for the protests, condemning them as "wanton violence and cynical destruction."

Commentators offered different explanations as to why Mnangagwa was so notably out of the picture as the latest repression unfolded.

"It certainly does not indicate that this man is in control of the situation," suggested Pigou.

Mahvinga argued there could be "tensions" between the president and his vice president, retired general Constantino Chiwenga, over ultimate control of Zimbabwe's economic levers.

But Derek Matyszak of South Africa's Institute for Security Studies (ISS) said Mnangagwa was playing a typically stealthy role, in line with his nickname of "Crocodile."

Mnangagwa himself played a key role, but behind the scenes, in Mugabe-era crackdowns.

"Mnangagwa is never near the scene of the crime," Matyszak said.