By Charles Bouessel in Bangui and Amaury Hauchard in Libreville 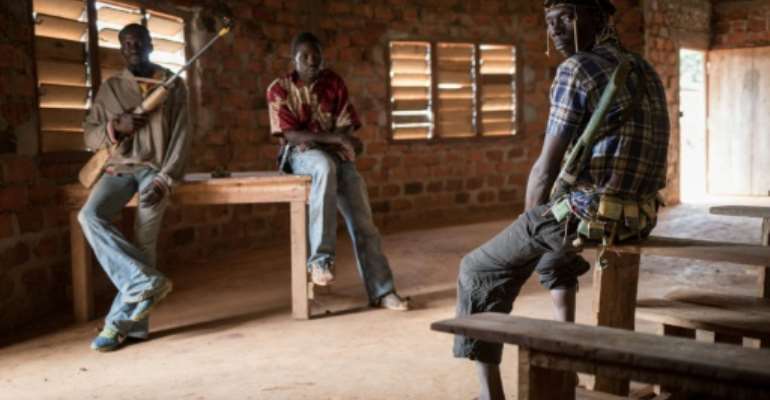 Violence between militias has been a major problem in Central African Republic. By ALEXIS HUGUET (AFP/File)

If history is a guide, the chances of a breakthrough are poor when Central African Republic's government meets in Khartoum on Thursday with militia groups that control most of the country.

The meeting, brokered by the African Union after 18 months of exploratory work, will be the eighth bid in almost six years to forge peace in a country that has become a byword for turmoil and poverty.

The talks will bring together a large government delegation and many of the armed groups which have turned swathes of the CAR into brutal battlefields.

Since 2013, thousands have been killed and a quarter of the population of 4.5 million have fled their homes.

The UN says unrest has driven so many people from their farms that hundreds of thousands are at risk of famine.

"Peace is needed and it's needed now. Violence against civilians is increasing, driving even more people from their homes," said Anicet Nemeyimana, director in the CAR for the charity Catholic Relief Services. "At the same time, humanitarian access in certain areas has become completely cut off."

"We have to join in a dialogue and save what can still be saved," said former prime minister Martin Ziguele, head of a pro-government party, the Movement for the Liberation of the Central African People (MLPC).

According to Sudanese Foreign Minister Al-Dierdiry Ahmed, the parley may last up to three weeks.

But the mood ahead of the talks has been clouded by suspicion and a fresh round of bloodletting.

Thirteen people were killed on Sunday in a village called Zaoro Sangou, in the west of the country, in violence suspected to involve a group called 3R, which claims to represent the Fulani herding people.

The meeting "does not inspire trust", a member of the Popular Front for the Rebirth of Central Africa (FPRC) told AFP.

The FPRC is one of the biggest militia groups that emerged from a mainly Muslim rebel movement called the Seleka.

In 2013, the Seleka overthrew President Francois Bozize, a Christian -- a move that triggered the rise of a predominantly Christian militia called the anti-Balaka.

The Seleka were forced from power and in February 2016 and former prime minister Faustin-Archange Touadera was elected president.

But Touadera only controls a fraction of the state, despite the support of more than 13,000 troops and police in the UN's MINUSCA mission.

The rest is held by militias, who typically portray themselves as defenders of a community or religious group but often fight over mineral wealth -- a hoard that ranges from gold to uranium and diamonds.

Over the years, seven peace agreements between the government and armed groups have been signed.

The last attempt, in 2017, was forged with the help of the Catholic church, but fighting resumed within a day, leaving a hundred people killed in the central town of Bria.

A perpetual sticking point is whether militia chiefs should be amnestied -- a precondition set by all groups for laying down their arms.

This has always been ruled out by the government, whose position is that major abuses should be punished.

A Special Criminal Court opened in November, tasked with judging violations of human rights or international humanitarian law committed in the country since 2003, including war crimes and genocide.

The CAR government "will have a hard time getting concessions" on amnesties, said the FPRC source, whose organisation has been repeatedly cited by the UN for human-rights violations. 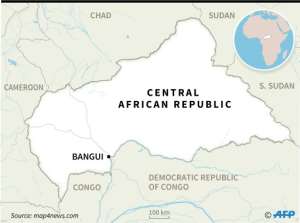 A Special Criminal Court opened in November, tasked with judging violations of human rights or international humanitarian law committed in the country since 2003, including war crimes and genocide.

The talks are further complicated over establishing a mechanism to follow up any peace agreement, given the government's weakness.