Michelin returns stars to chef who didn't want them 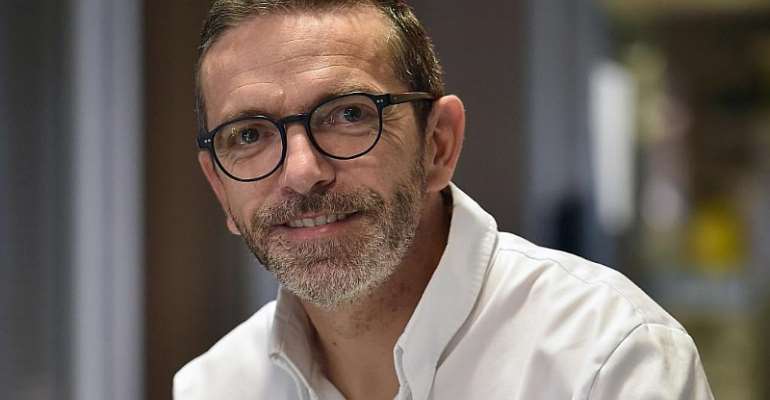 A French chef who shocked the culinary world in 2017 by handing back his Michelin stars says he's most surprised to find himself back in the prestigious guide's new edition.

Sebastien Bras cited the "huge pressure" that came with Michelin recognition when in September 2017 he requested his three-star restaurant Le Suquet in the rural Aveyron region to be removed from the 2018 guide .

Michelin agreed and Claire Dorland Clauzel - the company's brand manager at the time - told AFP it was "difficult for us to have a restaurant in the guide which does not wish to be in it".

Bras returned to his restaurant and spent the year concocting inventive French cuisine without worrying whether or not it was meeting Michelin's exacting standards.

But on Monday the 47-year-old said he was "surprised" to see the restaurant back in the 2019 guide, with two stars.

"This contradictory decision has left us with doubts , even if in any case we no longer worry about either the stars or the strategies of the guide," he said in a statement sent to AFP.

"I made my position clear last year and I still feel the same - still, and more than ever, enjoying the confidence of our clients."

Pressure of being judged Bras took over the kitchen at Le Suquet from his father Michel a decade ago.

Bras senior had held three Michelin stars since 1999 , and his son said that knowing a single below-par dish could cost him his reputation had created unbearable pressure as a chef.

"You're inspected two or three times a year, you never know when. Every meal that goes out could be inspected," he told AFP in 2017.

"That means that every day one of the 500 meals that leaves the kitchen could be judged.

"Maybe I will be less famous, but I accept that," he said after dropping out of the Michelin guide.

Win some, lose some Marc Veyrat, meanwhile, has lost the third star he was awarded last year at La Maison des Bois in Manigod (Haute-Savoie).

"I am terribly disappointed, I just don't understand," he told La Dauphiné newspaper. "It's unfair to lose a third Michelin star. I'll fight on and stay in the kitchen with my team."

Michelin is set to unveil its full guide for the best restaurants in France later today.

It has promised to celebrate more female chefs in 2019 in a bid to address the heavy gender imbalance in the top ranks of French cooking, as well as unearthing new young talent.