Gov’t Must Answer How NAM 1 Landed in Dubai– Lawyer 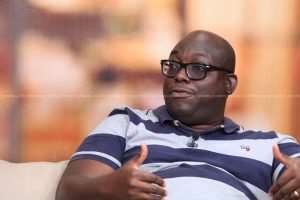 A legal practitioner, Nii Kpakpo Samoa Addo, has questioned the circumstances under which beleaguered Menzgold CEO, Nana Appiah Mensah ended up in the United Arab Emirates without the state’s knowledge.

Nana Appiah Mensah, popularly known as NAM 1, was reportedly invited for questioning by some state institutions amid the concerns that Menzgold was a Ponzi scheme, before it later emerged that he had been arrested in Dubai in December 2018.

Mr. Samoa Addo could not fathom how NAM 1 was allowed to leave the country as the Menzgold controversy was raging.

“You have intelligence about the pressure that was building? You actually tell me that that person was allowed to leave an investigation institution without his passport being seized?”

“People have questions to answer if there was a serious effort at investigating the activities of this particular gentleman,” he added.

In his view, even a normal citizen would have had his or her passport seized “how much someone who had such a very serious allegation hanging over his head, and he was allowed to leave this country by our borders.”

A security analyst and former army chief, Captain Budu Koomson, was of the opinion that “there was a complete breakdown of security where this thing is involved.”

He also said the developments in the Menzgold saga suggested that security agencies were not on top of issues.

“At the moment, we have egg all over our faces. Look at the timelines; when we said we issued a warrant for him, meanwhile he had been arrested before.”

The warrant was issued for NAM 1 on January 9 over his company's inability to pay investors their monies,

This was inspite of reports from Dubai that he had been arrested as far back as December 7.

Nam 1 has been accused by the state of defrauding by false pretense.

In Dubai, a minerals dealer reported that his company, Horizon Royal Diamonds DMCC, had attempted to close a deal with NAM 1 involving 750 kilos of gold with the value of about US$51 million.

But that deal appears to have gone bad, for which reason he’s standing trial for misdemeanor, hence the inability of Ghana to get him extradited in the meantime.