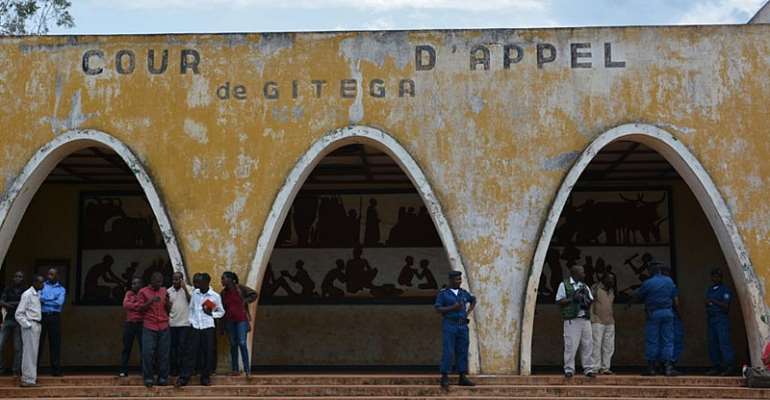 Burundi's ditching of Bujumbura as its capital city has critics accusing President Pierre Nkurunziza of seeking to avoid opposition dissent and deflecting attention from the country's dire economic crisis.

Burundi's parliament this week rubber-stamped a decision to relocate the capital to the ancient city of Gitega in the central highlands, following through on a promise made by Nkurunziza in 2007. Gitega was home to Burundi's royal family during the country's time as a kingdom and some say returning the seat of power there is akin to a symbolic 'restoration'.

Patrick Hajayandi, an analyst with the Institute for Justice and Reconciliation , a think tank based in Cape Town, told RFI it makes economic sense to shift the capital to a place outside the main business hub and to create jobs in needier parts of Burundi.

“Bujumbura is Burundi's only major city, with a population of over a million. Other parts of the country have been marginalised and ignored,” he says. “All the services and all of the business opportunities are located in one place. There is a very important need to decentralise and to create other urban spaces for the country.”

One of the world's poorest countries, Burundi descended into political unrest in 2015, when Nkurunziza oversaw changes to the constitution allowing him to remain in power beyond the usual two terms. Some saw it as a move to break the Arusha peace deal that helped to end the civil war.

Long-term move
Bujumbura is seen an opposition stronghold and critics say that by moving the capital, the ruling CNDD-FDD party is hoping to gain an advantage ahead of elections in 2020. Nkurunziza, 54, has himself already said he won't be seeking re-election, surprising many.

China's recent construction of a 20 million US dollar presidential palace in Bujumbura has raised doubts as to the government's intentions. Jean-Regis Nduwimana, a media analyst from Lake Tanganyika University , told RFI he doesn't believe Nkurunziza's government has a genuine policy of 'decentralisation', or any real interest in creating jobs.

“Everyone knows that Burundi is not a real democracy. We know it's an authoritarian regime run by a despot who controls everything in every sector – so how can we talk about decentralisation?” Nduwimana asks. “[Nkurunziza's] political opponents have real decentralisation policies, but this regime has another agenda.”

Others argue that Gitega is too small and underdeveloped to serve as the capital city, and that the authorities should direct their focus on more urgent issues – such as food shortages and Burundi's refugee crisis. However Hajayandi, a Burundi national, says relocating the capital doesn't mean the government can't also address those issues.

“It's true that, for the moment, Gitega doesn't have enough infrastructure. It's also true the country is experiencing some financial shortages, but to call the decision [to move the capital] irrational is an exaggeration. It will take many years for this town to be transformed into a capital city, and it's up to the regime to do its utmost to make sure the means to do that are available.”

Steering clear of Bujumbura
For now, the president is most often seen outside of Bujumbura, and he hasn't been able to shake off suggestions he's sidestepping the security threat there. Some 1,200 people were killed in the violence that followed Nkurunziza's bid for a third term – and hundreds of thousands have been forced to flee their homes.

Nduwimana says it's no surprise the 54-year-old would want to distance himself from dissent: “Since the political unrest, he's spent a lot of time in rural areas, including around Gitega. He knows there's a security problem in Bujumbura and that in the future he risks facing security issues because there are armed groups targeting the capital city and in operating in eastern parts of Burundi close to Bujumbura.”

Burundi's government says the process of moving its capital will take about three years. First to be rehoused in Gitega is the Senate – starting Friday – followed by five ministries.