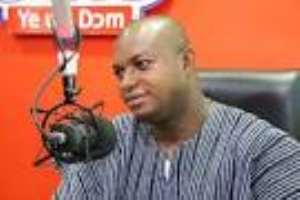 “The government needs to be blamed since it has all the agency that is liable to combat such is purely a misuse of the public purse. This NPP government is insensitive.”

"The latest statement issued by the government seems to contradict the earlier statements made by the same government. Making the NPP government insensitive to the customers plea."

He made these claims on HomeBase Tv evening show ‘Your Take Our Take’ hosted by Bismark Aborbi-Ayitey.