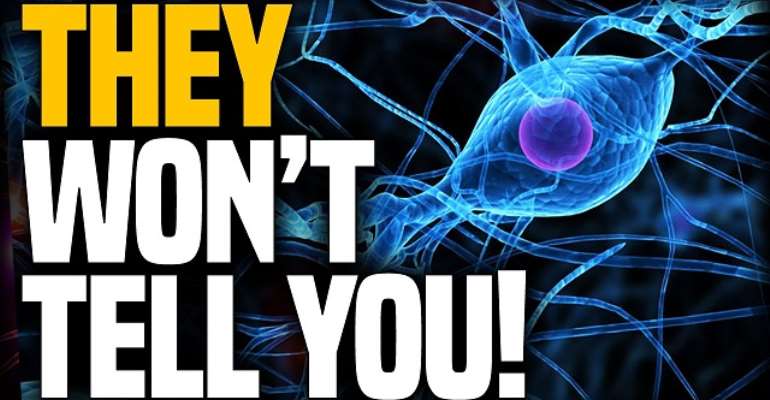 According to Dr.Aseem Malhotra, the field of science today is plagued by corruption. It seems Malhotra, a doctor in Britain, had some choice words to say in front of the European Parliament about modern-day medical education and overall knowledge doctors possess. He's one of many who continues to emerge and speak out.

One of his questions; “Why do doctors continue to learn nothing about nutrition?” Yes, it seems we are trained to prescribe medicine and do not question what they are prescribing. They risk losing their jobs by speaking out and educating themselves. But as Einstein always stated; You must never stop questioning even if they don't like it.”

And yes, science today, in all fields, is plagued by corruption. Yet, more often than not, attempts to create awareness about scientific fraud, an issue that few journalists have been willing to address, are met with the response; “Well, is it peer-reviewed?”

Although good science should always be reviewed, using this label as a form of credibility can be dangerous, causing people to dismiss new information and research instantaneously if it doesn’t have it, particularly when that information counters long-held beliefs ingrained into human consciousness via mass marketing, education, bribery and more.

Unfortunately, it’s becoming increasingly apparent that we are being lied to about the products and medicines we use on a daily basis. If you’re one who commonly points to the “peer-reviewed” label, then you should know that there are many researchers and insiders who have been creating awareness about the problem with this label for years. Who says so? And from what fields?

Professor Lennart Bengtsson
Many people have spoken up against the corporatization and politicization of science. For example, Professor Lennart Bengtsson, a Swedish climatologist and former director of the Max Planck Institute for Meteorology in Hamburg, has voiced his concern that some scientists are, according to an interview given to the Daily Mail, “mixing up their scientific role with that of a climate activist.” He claims that there are multiple indicators for how; “Science is gradually being influenced by political views.”

The Australian prime minister’s chief business advisor has done the same, and so have other politicians, like Senator James Inhofe, chairman of the U.S. Senate Committee on Environment and Public Works.

Unfortunately, the mainstream vilifies such people, and to great effect. Below is an excellent snippet of a lecture given by Peter Rost, one of the world’s top pharmacists and former CEO of Pfizer he talks about the politics of manipulation of data, something that plagues all fields of science today. Peter Rost become a whistleblower as well.

Dr. Aseem Malhotra is known as one of the most influential cardiologists in Britain and a world-leading expert in the prevention, diagnosis, and treatment of heart disease. Currently, he is leading a huge campaign against excess sugar consumption.

What also makes him unique is something he recently admitted took him decades to figure out: that our entire medical system, one of the main ‘protectors’ of the human race, is completely corrupt.

Malhotra now believes that medical education is in a state of “complete system failure,” causing “an epidemic of misinformed doctors.” He also stated that honest doctors can no longer practice honest medicine and that there is also a growing epidemic of patients who are being harmed.

There is no denying that to some extent, medicine and doctors have done a lot of good and saved a lot of lives. However, an over-reliance on doctors for our health and well-being has spawned a serious problem, one that should be in the spotlight and immediately fixed.

The Need To Think For Ourselves
We all have to realize that society has been manufactured in a way where we simply give up our own mind to someone else, who has been given theirs by someone else. We lack the ability to think for ourselves because, from birth, we are programmed to think a certain way by somebody else.

This is something important for us to change, and by ‘us’ I do not only mean patients; it should be a priority for all who practice medicine. And there are signs that it has started changing. Why? Because there is a shift in consciousness taking place.

People within all societal systems (health, financial, education, government, etc.) are waking up, and starting to investigate what they have been taught. Rather than simply believing the promotional literature, more are pursuing self-education (which Dr. Malhotra stressed was the only real form of education).

Malhotra pointed out seven ‘sins’ that contribute to the lack of knowledge that not just doctors but everyone has, including patients, regarding modern day ‘medicine.’ He made these comments at a recent European Parliament meeting.

Other Prominent Doctors Speak Out
He’s not the only one to speak up about this issue. In fact, it seems that those who represent doctors have been speaking out about this for a long time. Dr. Marcia Angell, a physician and longtime Editor-in-Chief of the New England Medical Journal (NEMJ), considered one of the most prestigious peer-reviewed medical journals in the world.

He has said that “It is simply no longer possible to believe much of the clinical research that is published or to rely on the judgment of trusted physicians or authoritative medical guidelines. I take no pleasure in this conclusion, which I reached slowly and reluctantly over my two decades as an editor of The New England Journal of Medicine.”

Then, there is Dr. Richard Horton, the current Editor-in-Chief of another prestigious peer-reviewed medical journal, The Lancet, who says, “The case against science is straightforward: much of the scientific literature, perhaps half, may simply be untrue.”

There are many examples of statements and documented evidence to choose from, which is why doctors like Malhotra are speaking out. You can watch his full talk below the tweet from November 21, 2017.

We Are All Awakening
While many ordinary citizens have been awakening to the truth about misconduct, fraud, and deception in the Western Medical Establishment, it’s good to see more doctors with a voice within the system are speaking out about truth!

It’s starting to look like these systems are no longer able to contain or censor inner dissent, bringing us closer to a time when all of our human systems will have to become beholden to truth and transparency.