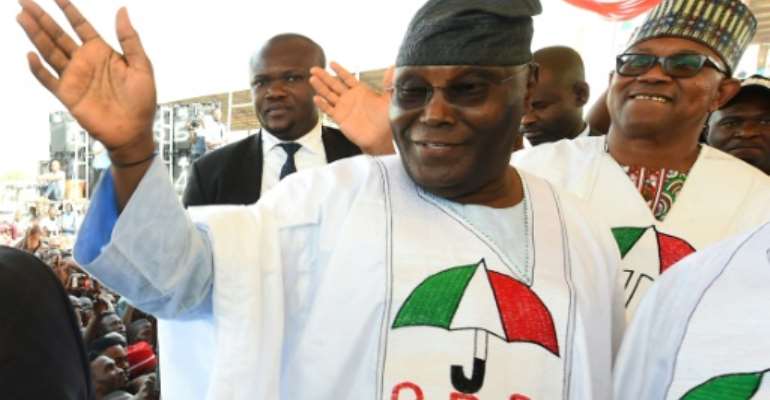 Nigerian presidential hopeful Atiku Abubakar on Wednesday branded the state-run oil company a "mafia organisation" and pledged to privatise it if he is elected in a presidential ballot next month.

Abubakar, from the main opposition party, said he had tried to end the opaque administration of the Nigerian National Petroleum Company (NNPC) when he was vice-president under Olusegun Obasanjo from 1999 to 2007.

The NNPC and other state-run organisations have been widely criticised as unofficial slush funds for successive governments, particularly around election time in the African OPEC state.

"I said unless we dismantle these mafia organisations, we cannot progress, let's privatise them," he told a conference on the economy in Nigeria's commercial capital, Lagos.

"I am committed to these privatisations, as I have said. I swear even if they are going to kill me, I will do it," he said.

Nigerians go to the polls to elect a new president and parliament on February 16. Governorship and state assembly elections follow two weeks later.

Abubakar, from the opposition Peoples Democratic Party (PDP), is expected closely to challenge President Muhammadu Buhari, from the ruling All Progressives Congress party.

Abubakar, 72, also promised to "liberalise the economy to create jobs" in Africa's most populous country, where most of the more than 180 million people live in poverty.

High unemployment has been a persistent issue in Nigeria, particularly among the young.

Buhari, 76, came to power in 2015 promising to tackle endemic corruption in Nigeria, including overhauling the NNPC, to claw back billions of dollars in looted public funds.

But his critics argue his anti-corruption campaign has produced few prosecutions and has been disproportionately focused on opposition figures.

Abubakar, a wealthy businessman, has been seen as a more business-friendly candidate, particularly after months of recession, a foreign currency squeeze and rising inflation.

But he has himself been long dogged by accusations of corruption and the embezzlement of state funds during his time in office.

He has also been the subject of investigations in the United States. He denies any wrongdoing and has never been prosecuted in the US or Nigeria.

"I challenge anyone, at any time, to show proof of corruption against me," the candidate has said. "I will surprise everyone in fighting corruption more than ever."

On Thursday, Abubakar arrived in the United States for an official visit where he would meet members of the Nigerian diaspora, diplomats and members of the US Congress Black Caucus of African-American lawmakers in Washington, his campaign spokesman said.

A 2010 US Senate investigation cites Abubakar in a money-laundering case. Between 2000 and 2008, his fourth wife, an American citizen, helped Abubakar funnel $40 million in suspect funds to the United States from off-shore accounts, the report said. Some of that was from bribery payments, it said.