Zimbabwe activist in court after protests 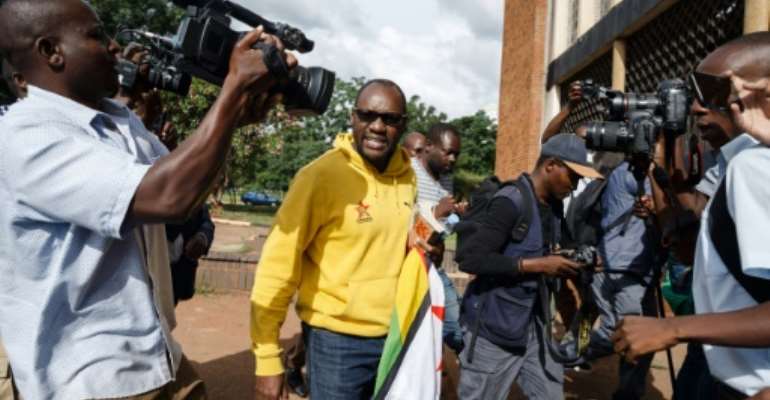 Pastor Evan Mawarire, shown here arriving at the Harare Magistrates Court, became a prominent voice during protests in 2016 when he posted videos on social media criticising the government. By Jekesai NJIKIZANA (AFP)

Zimbabwean activist Evan Mawarire arrived in court in Harare on Thursday to face subversion charges as authorities cracked down on anti-government protests in which doctors say 68 people suffered gunshot wounds.

Nationwide demonstrations erupted on Monday after President Emmerson Mnangagwa announced that fuel prices were being doubled in a country suffering regular shortages of fuel, food and medicine.

Mnangagwa, who succeeded ousted authoritarian president Robert Mugabe in 2017, had promised a fresh start for Zimbabwe after decades of repression and economic decline.

Mawarire, a leading government critic, was arrested at his home on Wednesday and accused of inciting violence through social media.

"I can't tell you how disappointing it is. We thought we had a new country and a new way of doing things," he told reporters outside court.

"None of what I am being accused of is what I have done at all. If we have true justice in this country, let's see it at play. I am very upset."

Trade unions had called a national strike on Monday over the fuel price hikes, and furious demonstrations took place in several cities with widespread rioting and looting.

Security forces have since arrested hundreds of suspects in a crackdown decried by rights groups.

Police and soldiers have been accused of indiscriminately dragging people from their homes in Harare and beating them.

The Zimbabwe Association of Doctors for Human Rights said it had treated 68 people for serious gunshot wounds, criticising the "disproportionate response by the state apparatus" to the protests.

Local action groups have put the death toll at between five and 16.

"This current regime led by President Mnangagwa has been talking positively, promising reforms but in reality there hasn't been any improvements," Dewa Mavhinga, of Human Rights Watch, told AFP. 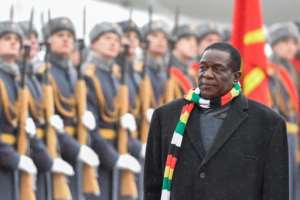 Mnangagwa, 76, on Wednesday denied security forces had been heavy-handed.

The president, on a trip to Europe, told state broadcaster ZBC, that no leader could "have their security (forces) go to sleep when shops are being looted."

Mawarire, a pastor, became a prominent voice during protests of 2016 when he posted videos on social media criticising the government while wearing a Zimbabwean flag around his neck.

His posts inspired the ThisFlag movement that led mass protests against Mugabe, who was ousted after a military takeover.

On Thursday, Zimbabwe announced inflation had risen to 40 percent -- its highest rate since hyperinflation wrecked the economy ten years ago.