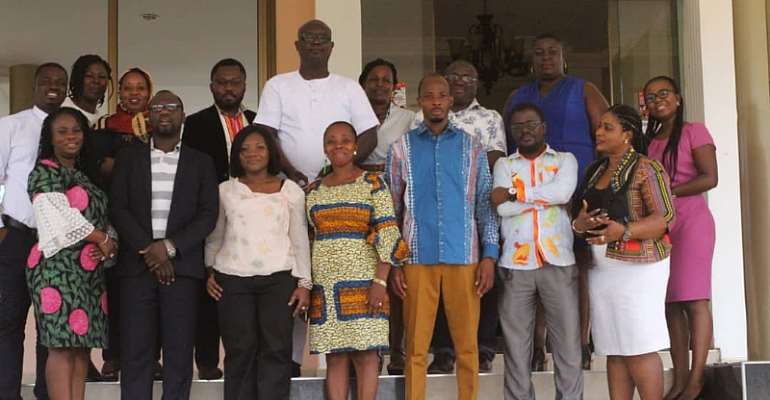 The Project Manager of GJA Star Ghana Project, Kojo Impraim, has underscored the significance of a vibrant civil society in driving home campaign necessary to produce an immeasurable result for national development.

He said Ghana's development under the circumstance, ought to become the primary focus of Civil Society Organizations (CSO's) including the media.

The Ghana Journalists Association (GJA) for instance, he said should be playing an instrumental role in determining the development direction of the country.

He said members of the ubrella organization must therefore be working to win the confidence of citizens instead of giving room for Ghanaians to heavily rely on only politicians to direct affairs of the state especially in local governance.

"Journalists and CSO's ought to be setting the agenda for development because your primary responsiblity is to influence positive change to impact society through your activities", he stressed.

He made the statement whilst sharing his rich experience on activism with journalists drawn from Western and Central Regions at the GJA-Star Ghana Zonal Training for media practitioners and civil society.

The exercise, described as the springboard to empower journalists to be well informed on local governance issues in order to assist Ghanaian electorates and authorities with their reportage for them to make informed decisions to enhance local governance in the country, took place in Capacoast on Monday.

Kojo Impraim explained that only media practitioners who are well informed can save Ghanaian electorates from being abused by authorities using misinformation, propaganda, and war drums as their working tools in governance.

He said active participation of citizens in the process of local governance could also be determined by how well they are informed and educated by the media who are holding the mirror of society.

This magnificent role, he said has over the years not been observed properly by many journalists in the country and media practitioners in general whose mandate, ordinarily transcends politicians and those in authority who hold power.

Kojo Impraim who has been working in the civil society landscape for many years, with unquantifiable experience garnered, called for an effective partnership and collaborations among individual organizations in the field of activism, and where necessary, he said they must gird their loins to work together after all they share common goals and aspirations.

Research into issues surrounding the creation of new regions, new Assemblies, election of Metropolitan, Municipal and District Chief Executives among others, he said should be part of areas of interest, and studies for journalists in the country.

Participants who benefited from the capacity building workshop, have been challenged by Kojo Impraim to justify the funding support secured from Star Ghana through their activities, and actions in the media and in society to help improve local governance in the country.