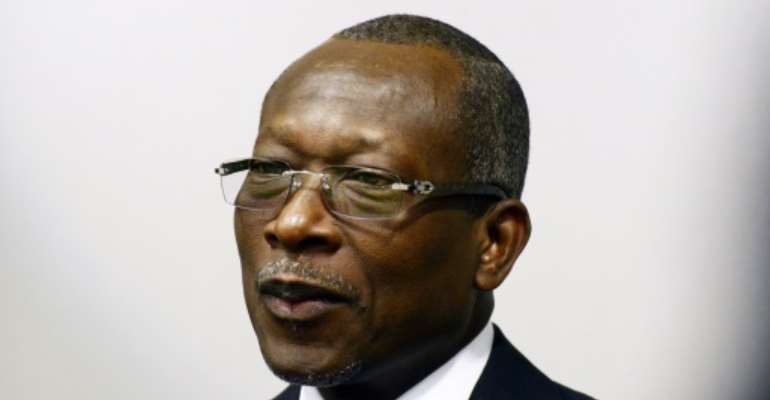 Benin's former president Thomas Boni Yayi on Wednesday threw his weight behind the country's political opposition as they called for a united front at upcoming elections.

The West African nation goes to the polls to elect a new parliament on April 28, with President Patrice Talon accused of creeping authoritarianism.

His political rivals now want to join forces as a single entity for the first time, in an effort to weaken Talon's parliamentary support.

The millionaire businessman was once a close advisor to Boni Yayi but was ostracised after being implicated in a suspected poisoning plot against the then-head of state.

Boni Yayi later pardoned him, triggering his return from exile in 2015 and move into politics. He has been president since 2016.

Addressing opposition leaders and supporters in Benin's commercial hub, Cotonou, Boni Yayi indicated that his forgiveness did not extend to political support for Talon.

"The smile will come back to everyone's faces on April 28. This vote belongs to you. Take care of it. Benin must change... We are stronger together," he told the gathering.

"God will give us the chance on April 28 to change our people democratically," he said, adding the election could help "end this suffering our people are living through".

Soglo, in power from 1991 to 1996 and now aged 83, last November accused Talon of championing a crackdown on unions and impoverishment.

Ajavon, also a wealthy businessman, fled to France after he was convicted of drugs offences by a special tribunal last year.

The trial -- denounced as a sham by his legal team -- was the latest in a string of court cases and legal wranglings that he has said are politically motivated.

Ajavon came third behind Talon and then-prime minister Lionel Zinsou at the last presidential election. He has indicated he wants to run again next time round.

Talon has vowed to stamp out corruption and mismanagement as well as implement free market social reforms, sparking a series of crippling public sector strikes.

Some opposition leaders suspect the president is cracking down on opponents and that his supporters could rig the vote.

"No one will allow fraud," said opposition stalwart Floriane Sohe.

The vice-president of the National Assembly, Eric Houndete, said the opposition was stronger together. "We need a single list," he told several thousand supporters.

He added: "We need to fight to restore Beninese democracy and restore the right of freedom and the right to life to the people."

All 83 seats in the unicameral National Assembly are to be contested at the election. Deputies are elected every four years. The current parliamentary term runs out on May 15.

Just over five million people are registered to vote, according to the country's electoral commission.