NPP is the best political party in Africa - Botwe 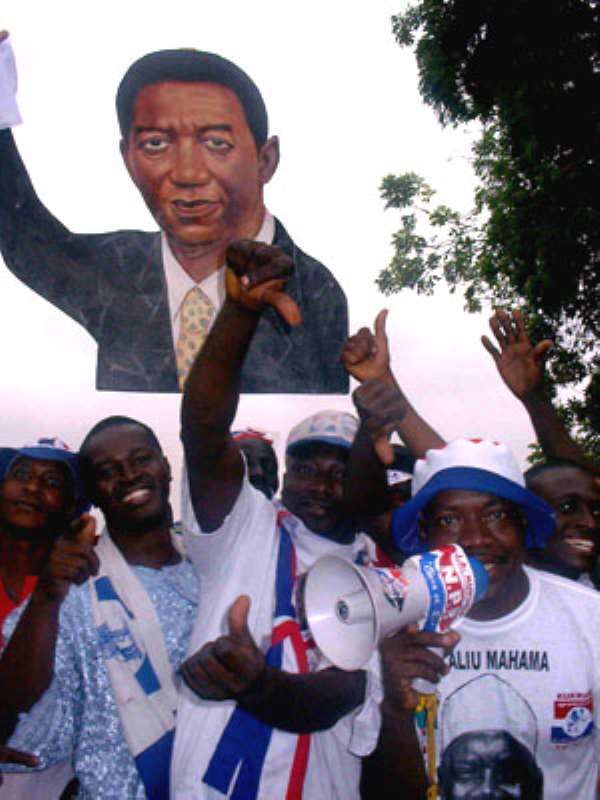 President is Chief fundraiser for NPP The Minister of Information, Mr. Dan Botwe, has described the New Patriotic Party (NPP) as the best political party in Africa, which has always used transparent means to raise money for political events He stated that the party does not need kickbacks from the government to fund its activities. Mr. Botwe said the NPP has genuine means through which it raises funds to support its activities. The former General Secretary of the NPP told PeaceFM, in an interview today that, President J. A. Kufuor who is the chief fundraiser of the party, also does not have to use kickbacks from the award of contracts to support the party activities. President is Chief fundraiser for NPP—Dan Botwe The Information Minister Dan Botwe says the President is the Chief fundraiser of the NPP as such it would not be wrong for the Party chairman to go and take monies from him.

“The president is a member of the New Patriotic Party and he is a part of the fund raising machinery of the NPP. There is absolutely, I repeat, absolutely nothing wrong with the President raising funds for the party. We are aware of the Political parties law and it allows for fundraising from individuals and companies to run political parties. We don't take kickbacks, we organize fundraising to source funds”, he said.

Speaking to JOYNEWS Mr. Botwe denied the National Chairman of the NPP' Harona Esseku indeed said the things which the enquirer is publishing and of which the paper says it has on tape.

Mr. Botwe, a former general secretary of the NPP told JOYNEWS that the party never sanction the budget of the NPP and is not involved in dishing out monies to run the affairs of the party.

The Enquirer says it has NPP National Chairman on tape at a party meeting where he told the delegates at the meeting that the presidency was receiving kickbacks from contractors.

The party chairman was reported to be furious at the fact that the Castle was not releasing monies received from such kickbacks to run the affairs of the party.

But Mr. Dan Botwe told JOYNEWS it is not true the party chairman said those things. He said the NPP has never taken kickbacks since it took over the administration of the country.

“In 1992 when the party was formed we raised monies ourselves to buy our party offices even at a time when companies were asked to give us monies. We didn't need government money to run our party activities. New Patriotic Party has consistently organized fundraising activities to raise money to finance our activities”, he said.

Independent bodies including the anti-corruption group, Ghana Integrity Initiative, have listened to the tape recording of the meeting and have confirmed the voice is that of Mr. Esseku.