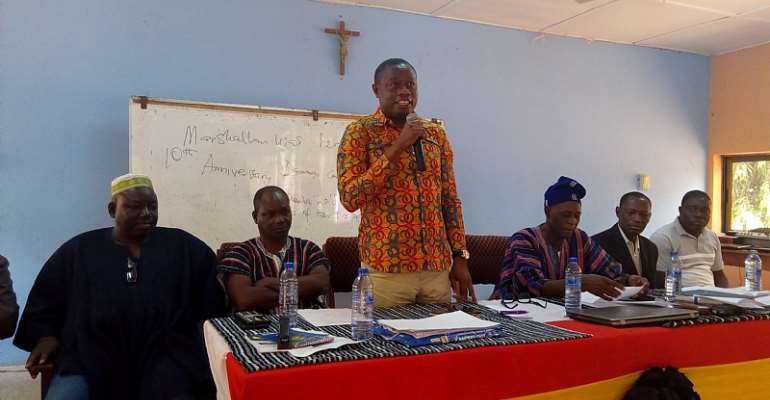 The District Chief Executive of the West Gonja District Assembly,hon.Saeed Muhazu Jibreal has urged Ghana Education Service accountants in the Northern region to ensure value for money in the management of resources at their disposal by strictly following procurement laws.

In addressing GES accountants of the Northern Region in Damongo to open a five(5) days program aimed at preparing and Collating the Annual Financial Statement of GES for the region for the year ended 2018,he said procurement is basically about value for money and there was the need for proper management of the little resources at their disposal so as to realize the President's agenda of Free S.H.S. which is driven by finance.

"Procurement is basically on value for money. so,the little we have;though is not forth coming as we expect,we should make good use of it so that,at least,it can actually help to do a lot of things for our schools particularly,the senior high schools...And you know the presidents' agenda of this free S.H.S . basically is driven by finances;is driven by money," he said.

He admonished the accountants to give the best technical advise to the headmasters and develop a very good rapport with them whilst, helping to monitor the work of the teachers,especially, the non-teaching staff,since, the non-teaching staff give much credence to the accountants and take instructions from them more than the headmasters and their assistants.

The Northern Regional Director of the Ghana Education service,Mr.Alhaji Mohammed Haroon who officially opened the program encouraged the accountants to ensure proper checks and balance in the procurement process,adding that,with checks and balance,hidden lapses and malfeasance can easily be identified and rectified.

Malfeasance in a well checked and balanced system according to him,can only be possible through collusion,thus when all the accountants agree to do the wrong thing;if not,one person would definitely identify any error in the chain.

He disclosed he was the happiest man on earth because,from last year's Auditor General's report,no single secondary school in the Northern Region had an issue with the use of allocated funds.

According to him,the region currently has no dirt in terms of finance and accountability.

He gave the accountants a pat on the back for such an enviable success chalked, urging them to keep the excellent track record.

He however,stated that, in terms of performance, Northern Region was last and there was the need to change that narrative as well.

The Regional Accountant,Mr.Afariburo Agana Jomo impelled on the accountants to work within timelines.He stated that,it was a constitutional mandate and the new financial management act enjoins the accountants to submit monthly and quarterly returns within stipulated time of which failure will attract sanctions.

He said the Minister of Finance was expected to submit the financial statement of the entire nation by March and so, the region and all other institutions for that matter are to submit their collated annual financial return's earlier than that so the minister can do the final collation.

He further stated that, they would be meeting in Kumasi on February 23,to collate the national account's for G.E.S.

The opening session was chaired by the District Director of G.E.S,West Gonja District-Mr.Adam Salifu Bigger and covered by Ghanawebs' Ananpansah B Abraham.

In all,accountant's from 52 S.H.Ss;26 Districts in the region took part in the exercise which was hosted by Mr.Abu Salia,the headmaster of Damongo S.H.S. 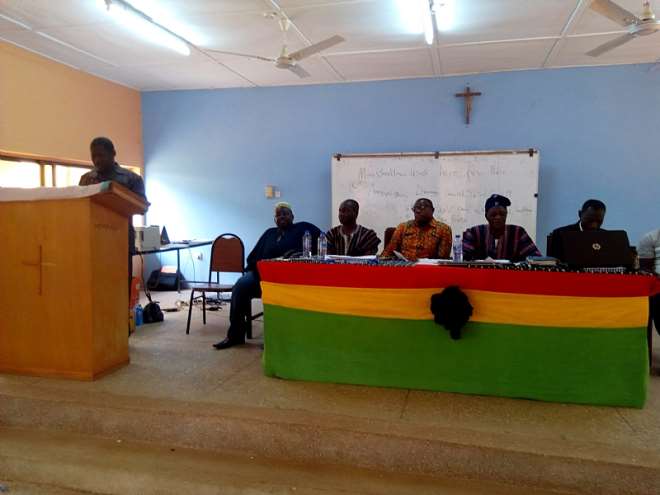 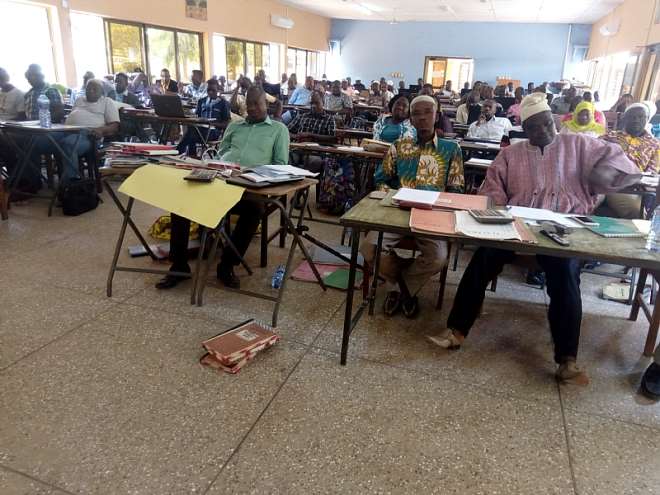 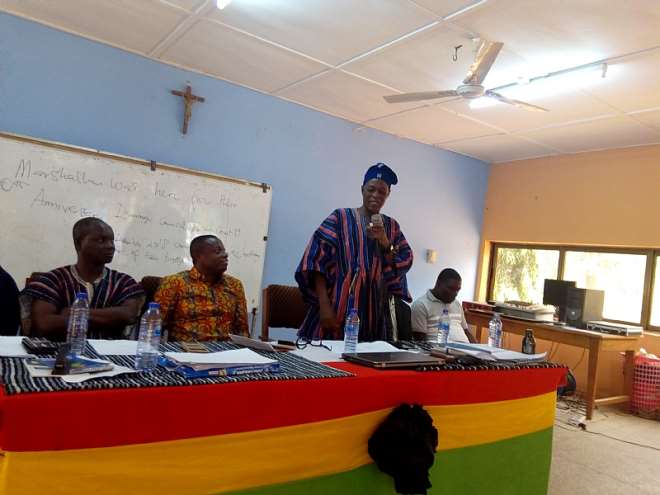