Bolga Poly Soon To Be Converted To Technical University 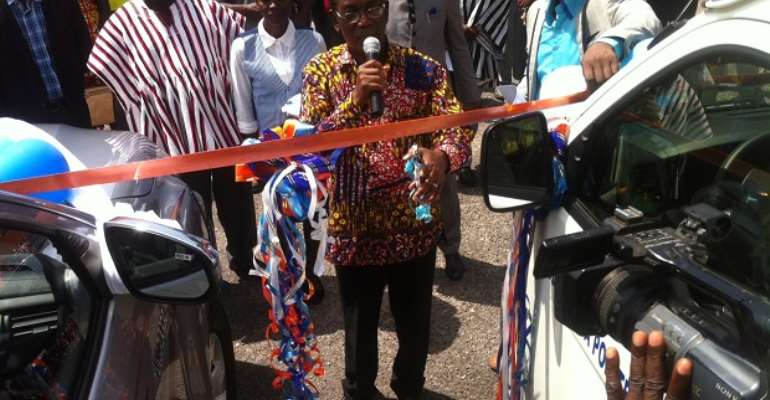 Professor Yankah commended the leadership of the polytechnic for not waiting for government intervention to improve on its facilities, equipment and the qualifications of its human resources, but taking proactive steps to quickly position the polytechnic for conversion.

Professor Yankah was speaking at a ceremony at the Bolgatanga Polytechnic campus at Sumburungu in the Bolgatanga Municipality to hand over some vehicles (one Toyota Land Cruiser V8, two Toyota Hilux pickups and a one 15-seater Toyota Hiace mini bus). Besides, he commissioned a three-storey hall of residence for students.

He inspected some laboratories and pieces of equipment at the Engineering and Applied Sciences Department to ascertain the readiness of the polytechnic to offer the best tuition and practical lessons to students that would come for degree programmes should the polytechnic be converted to a technical university.

The polytechnic is a leading institution running hospitality courses in the Upper East Region and in order to ensure that the students really practise what they are taught the leadership has built and furnished a 10-room Students’ Demonstration Centre at Bukere, also a suburb of the Bolgatanga Municipality.

Professor Yankah commissioned the centre and urged the Bolgatanga Polytechnic to run short courses for staff of the various hospitality facilities in the region.

In his view, such periodic training would help improve on the services being provided to clients who patronise the services of hotels and restaurants and other players in the hospitality industry in the Upper East Region.

According to him, Bolgatanga Polytechnic has a number of qualified lecturers and staff to handle laboratories and workshops to impart the right knowledge to students who would gain admission to the polytechnic.

Some of the departments at the polytechnic include Agricultural Engineering, Block Laying Department, Industrial Art Department and the Business Department.

Touching on the reason for the 10-room GET-Fund-sponsored Students’ Demonstration Centre, Professor Alnaa said the polytechnic wants to train students who can fit well into the hospitality industry anywhere in the country and outside, hence students who go for practical training at the demonstration centre would be monitored and directed to display what they are taught.

If the Bolgatanga Polytechnic is converted, many students who would be coming out of senior high schools in the region would prefer admission there to those outside.