A deeper look at Gambia’s Truth, Reconciliation and Reparations Commission 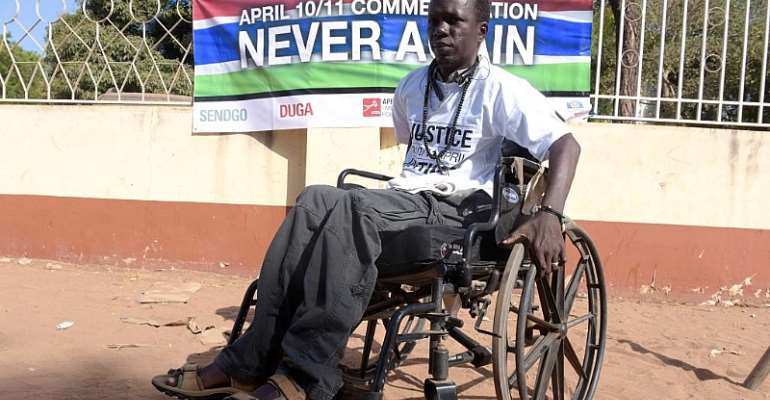 The Truth, Reconciliation and Reparations Commission (TRRC) opened this week in the Gambia as part of an initiative to tackle alleged human rights violations committed during the 22 years of Yahya Jammeh's iron rule. But some Gambians question if the process will be effective in righting the wrongs of the former president's repressive rule.

“They are not sure how in-depth it will be in terms of addressing all the issues,” said Priscilla Ciesay, acting executive director of the Banjul-based Gambia Center for Victims of Human Rights Violations (GVHRV), referring to the victims. “Some are cautious that not all issues will be covered adequately.”

Jammeh seized power in a bloodless coup in 1994, known for his cruelty to his people, until he was voted out of office in 2016 and reluctantly forced out of the country.

His 22 years in power was defined by numerous disappearances, restrictions on the media, and alleged murders and rapes.

The strongman leader also claimed that he had the cure for HIV-AIDS , forcing those afflicted with the disease to use his herbal “cure”. Many reportedly died horrible deaths due to the lack of proper medical care.

“Victims are welcoming the process, saying that it's one that would validate and therefore bring some closure for them regarding the human rights violations and abuses committed during the Jammeh regime,” said the head of the victim's rights group Ciesay.

Processing victim complaints
The GVHRV is an independent body, working closely with the commission. Ciesay said that workers who were trained by Amnesty International in obtaining and documenting sensitive eyewitness accounts have gone across the country in an effort to log all the human rights complaints.

Ciesay said that the GVHRV is also working with representatives in each of the five regions of the country to ensure that no testimony is overlooked.

“Information is gathered and entered into a database, which is divided into classifications,” said Ciesay, explaining categories such as abuse, region, and gender of the victim.

“We do not vet any information that comes through, but we do guide complainants with regard to their possible claims,” she said, noting that those who have a complaint about loss of land under the Jammeh regime are informed that this complaint will not be a part of the TRRC process .

The commission does have the right to ask the GVHRV if there is information regarding a specific timeframe or human rights violation, which will be taken from the database. But ultimately, the victim chooses whether their statement be made available or not.

“We seek informed consent as to how we use the information, and the greater majority have said that they want their information to be used and shared with the government, the TRRC and other bodies,” said Ciesay.

Problems with chronological order
According to Baba Galleh Jallow, the executive secretary of the TRRC, the commission has decided to tackle human rights abuses in chronological order, starting from the coup d'etat mounted by Jammeh in 1994.

“I think some of the most heinous crimes were committed well after the coup d'etat in 1994. That does not mean that what happened in 1994 is not important; it was,” said Sidi Sanneh, Gambian former senior minister and ambassador.

“Most of the people who felt they were victimized physically- rape victims, the torture victims and other heinous crimes- those victims were perhaps the ones who should have been given priority,” he said.

But what happens if victims in 1994 are too afraid to speak now, but perhaps could be persuaded at a later date? TRRC Executive Secretary Jallow said that this might complicate their work, but will be dealt with on a case-by-case basis.

“I won't say that we won't take anyone from 94 after [we've dealt with] 94. It might be a bit tricky, said Jallow, but it would depend on whether the team conducting investigations felt it was necessary to bring a witness in after the fact.

The commission has a two-year mandate that some feel is not enough to get through all the alleged human rights abuses committed by the Jammeh regime if the cases are taken on a chronological basis.

Perpetrator or victim?
Given that Jammeh ruled over more than two decades, some Gambians could find themselves pegged as both a perpetrator, if they carried out crimes in the name of the regime, and victim, if they were tortured or abused if they fell out with Jammeh, say officials.

“We do have those kinds of people- people who were perpetrators or part of the alleged perpetrators before, and then fell out with the regime, and then became victims,” said Jallow, adding that this would not mean that their case would only be discussed from one angle.

“We'll treat you as a victim, if that's how you came to us, and then we'll also consider you as a perpetrator,” he says. “We are not discounting those scenarios.”

While many victims have expressed their willingness to be a part of the process, the spectre of the Jammeh regime looms large in the Gambia- notably in the number of cronies who currently hold official positions in the Barrow administration.

“We were hoping that the new government would come in and try as much as possible to clean house, so to speak, and put all of those known enablers of the government of Yahya Jammeh…out of the system,” said Sanneh.

“But with them holding key positions in the government up until today, this is a question on the lips of everybody, whether they say openly or not, but it is there, and much of a concern for all of us,” he said.

Sanneh added that some victims could decide not to take part in the TRRC if the associated perpetrator works within the government .

Television access problems
Part of the mandate of the TRRC is to broadcast the proceedings on television throughout the country. However, some have complained that they have not been able to follow the TRRC on television.

“The television coverage is going to be a problem if it is not resolved. The public must have access,” said Sanneh. “Because that is one way of really making sure that the process is open and it is fair and that the public can pass their own judgment.”

Jallow told RFI that Gambians can currently watch the proceedings, but not on the state broadcaster, Gambia Radio and Television Services (GRTS).

“We put out a call for proposals to record and edit material and the state broadcaster's price was too high,” said Jallow.

“They are boycotting the hearing for now, but we are trying to talk to them to see how best we can reconcile, because that is part of our mandate as well. We are not interested in alienating anyone,” he said.

He added that the TRRC continues to try and deal with problems as they arise, in order to complete their mandate within the two-year timeframe.

Sanneh has issues with the process, but agrees that the issues need to be tackled in a timely manner. “We've had 22 years of dictatorship. I think we need to work very hard to put these very terrible years behind us, so we can move to national development,” said Sanneh.

“This is very important for us, for the country. Other countries are moving forward, and I think Gambia should be amongst them,” he added.