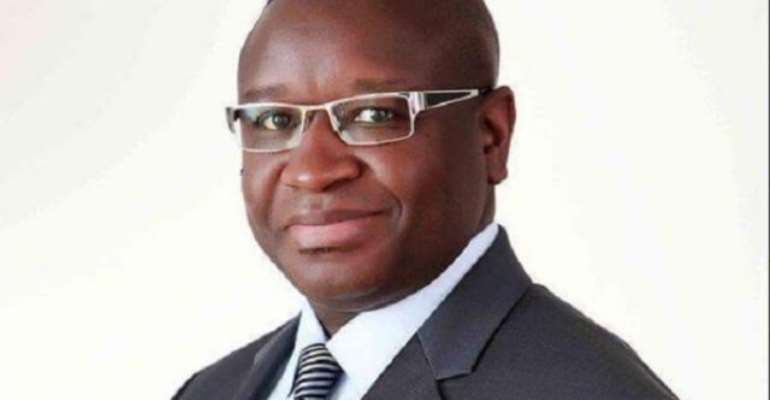 Heading to a town hall meeting with his fellow Sierra Leonians in Brussels, President Julius Maada Bio’s military gait is unmistakeable. It is a legacy of his days as a brigadier general and coup-maker with attitude.

He is one of that all-too-small band of military leaders – such as Mali’s Amadou Toumani Touré and Nigeria’s Olusegun Obasanjo – who have organised elections and handed power to a civilian successor. That was 22 years ago.

The plot moved on. Bio swapped military fatigues for a well-cut black dashiki and took a master’s degree in political science at American University in Washington DC. Now duly elected head of state after a hard-fought contest, he is on a mission to remake Sierra Leone’s international image and raise funds for his government’s development programme.

The Brussels trip was successful. Meetings with Bio, his finance minister Jacob Jusu Saffa and top European Union officials such as the European Commission’s president, Jean-Claude Juncker, yielded €73m ($83m) in aid. Before that, the government reopened negotiations with the International Monetary Fund (IMF) – which had cut relations with the previous government – for a $200m credit.

The government will need every dollar of that to fund Bio’s flagship education policy – free and compulsory primary and secondary schooling for every Sierra Leonian child. That is for 2.14 million ­pupils in 8,907 schools, according to the latest government statistics.

Bio’s commitment to education is personal. He explained to a colleague that he was one of paramount chief Charlie Vonie Bio’s 35 children. “In fact I was the 33rd child. That’s not the greatest start in life.” But a stint with his elder sister Agnes, a school teacher, and seven years at a boarding school set him up first as a student at Fourah Bay College and then for the military academy at Benguema.

Another important influence is his wife Fatima Jabbe-Bio, who has written screenplays and acted in Nollywood blockbusters alongside Genevieve Nnaji. These days, Fatima spends more time promoting girls’ education and women’s rights at national and international forums.

Since his election in March, Bio has pushed ahead with some political dexterity, trying to form a nationally representative government but lacking a majority in parliament. He appointed a judicial commission to review questionable contracts and retrieve looted state funds overseas.

That will help but will not offset Bio’s inheritance from Ernest Bai Koroma’s government: state liabilities of $3.7bn and a mining industry on hold. Balancing the books will mean some sharp cuts in state spending, perhaps to the public service payroll, if Bio is going to deliver on his strong commitments on education and health.

TAR: You have taken over the presidency of a very polarised country. How are you dealing with that?

Julius Maada Bio : I started by the appointments I made, making sure that all the regions are really represented in the cabinet and no preferential treatment is given to any group of people, either on a regional or ethnic basis. Besides that, we have promised that there is going to be an independent commission for the purpose of making sure that we remain together as a nation, that politics or ethnicity or region should not divide us.

Do you think the constitution gives too much power to the executive and not enough to the other branches of government?

Anything that will lead to tyranny or authoritarianism we should avoid. We’ve gone down that road before, and we’ve seen that it doesn’t work well for the country. We have what you guys would call a hung parliament, and we’ve been able to push through most of our legislative agenda so far. We have engaged [the other parties] constructively, we have appealed to them – the sense of unity, the sense of nationalism and patriotism – to make sure that they look at the bills that we are presenting to them. These are meant to make things work for everybody; for example, on free education, we are not picking and choosing who gets it. It’s for the whole country, absolutely universal.

“If we are to be fit for purpose as a nation, as individuals, we need quality education”

When you told the Brussels town hall meeting that the IMF was returning to Sierra Leone, that got some cheers. Did that reaction surprise you?

The IMF, the World Bank, these are necessary evils in Africa. As it is, we cannot generate enough revenue to be able to do the things we want to do at home and also embark on our development processes. So the IMF gives us a clean bill of health, to tell the world that this is a credible government that you can deal with. That’s all it does. So the European Union, for instance, has budget support but they will not give that until the IMF gives the indication. So far, we have effectively been able to manage ourselves and discipline ourselves to raise revenue within the country.

How did you win the argument that free and universal primary and secondary education must be top priority?

I’ve argued even before the election that for us, in the 21st century, education is an existential issue. We cannot be a useful part of the 21st century if we do not have an educated population. We may have health, infrastructure, agriculture, the mining sector and all of these other sectors, but if we are to be fit for purpose as a nation, as individuals, we need to make sure that we have quality education. So we have ourselves committed more than 21% of our budget to finance education. 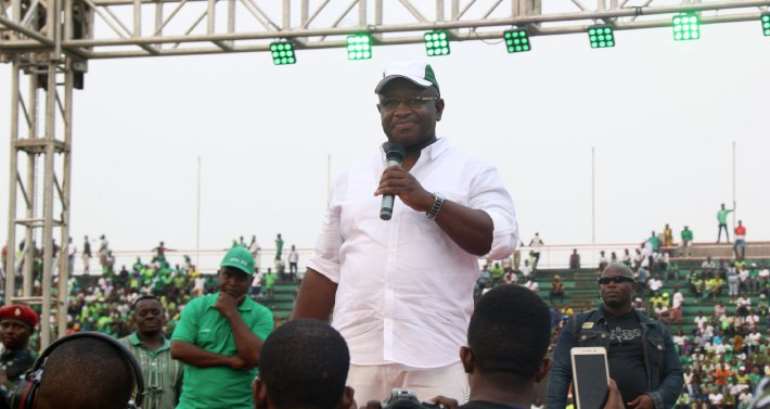 Since his election in March, President Bio has been on a mission to raise the funds he needs

for his government’s development programme

People talk of a new scramble for Africa with more countries and companies competing for contracts. Has that competition in any way helped you negotiate better deals?

These are the early days as a government. We are still trying to make sense of the very confused situation we inherited, especially agreements that were not in the interest of Sierra Leone, like the one for the Mamamah airport, which we have to cancel. Now we have new proposals and we are looking at those very critically to make sure that whatever agreement we go into is for the best interest of our country – making sure it’s a win-win arrangement. I’ve been to China, as you know, and there are various proposals looking at different projects. On the fringes of the UN General Assembly in New York, we met quite a lot of other groups interested in Sierra Leone. So we are taking a step back, preparing the ground, and making sure that there’s due diligence on any of these proposals to make sure that this new scramble for Africa serves the best interest of us as a nation.

You want to boost farm production. Are you also in favour of land reform?

Cautious land reform [...] A national land policy is being developed. I say cautious because we have to realise that this is the only property that the poorest of the poor have. If we have to take that away from them, we have to do so with a certain assurance that they are going to benefit from that. If we take the only thing they have, they are going to move to the cities and become a social menace. We have to think through this very carefully to see how we can really use the land as part of the development process. The land ownership or land tenure system should not be a drag on the developmental process. That’s something that we have to get our heads around at the moment.

Your transition team produced a devastating report on the economy, listing many contracts that had been badly negotiated, some due to corruption. What action are you taking?

There will be a commission of inquiry, headed by seasoned judges. They are independent. We are going to give them the freedom to investigate the way they should. You also have the anti-corruption commission, which has been set up at least getting onto 20 years now. That has its own mandate and is still investigating. It reached a point when corruption became fashionable. That is what we want to remove, the impunity aspect of it, so it doesn’t become an embedded culture. This is a national security issue. If we don’t tackle corruption, then we shouldn’t be talking about development.

Some foreign businessmen operating in Sierra Leone, such as Frank Timis and Beny Steinmetz, have attracted widespread criticism. Do you think more scrutiny is necessary?

We want to make sure that we don’t attract or entertain rogue elements as far as the business community is concerned. There are just too many things to investigate in Sierra Leone at the moment, so we want to proceed very cautiously. Where there are people who need to be investigated, irrespective of where they are, we have a law based on the international system. People can always be called upon to account for transactions that we think were not in the best interest of the country. These are not easy things to deal with. We are fighting strong actors who have the money to resist and to fight back. But we are determined to bring the people’s money back. We don’t want to be distracted by this, which is why we’ve made it a judicial inquiry. We are going to charge forward with the pledges – free quality education and agriculture – and deliver on our promises.

Nigeria is sceptical about Morocco joining the Economic Community of West African States. What’s your view?

The Nigerians can better answer that question. I don’t know the source of their hesitation. As the regional hegemon, if you have another country coming in there, you may have reasons to be concerned.

How concerned are you about security on the border between Sierra Leone and Guinea, with problems such as militia groups and smuggling?

I’m not aware of any group [based in Sierra Leone] that is going on to create problems in Guinea. We have challenges around the border areas, but they’ve been about smuggling. As much as we can we are trying to bring sanity, to check those activities.

You speak French and we understand you’re planning to open an embassy in Paris. Is this part of a tilt to the Francophone world?