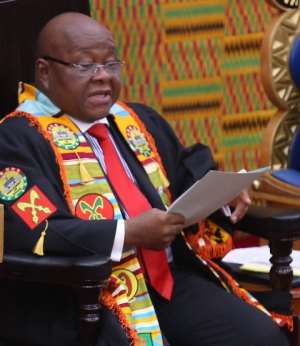 The simple logic is if July 1, 1960 holiday is irrelevant today because it preceded series of the military takeovers, then must we celebrate March 6, 1957, as an Independence Day since it also came before military interventions!

The abolition of July 1st as a republic day is among the series of the onslaught of President Akufo-Addo to make posterity oblivious of Osagyefo Kwame Nkrumah’s legacy. Professor Mike Oquaye started this intellectually dishonest proposition. The other example is the creation of the needless six district Ahafo Region.

This misbegotten hysteria of making Nkrumah unpopular sculpts in Busia- Dankwa stalwart and aficionados the character of contrapuntal disposition in the rhythm of their covert political rhetoric. Several other countries observed holidays like July first despite the usurpation of their constitutions by the military. This is so because a historical event is not subject to vicissitude. The historical happening of a country cannot be changed because some mercurial politicians want to replace it!

On July 1, 1960, Ghana virtually dealt a lethal blow to colonialism. An erudite American historian, Professor John Henrik Clarke intimated that individuals’ relationship to their heritage is the same as the relationship of a child to its mother. Professor went further to argue that “History is not everything, but it is a starting point. History is a clock that people use to tell their political and cultural time of day. It is a compass they use to find themselves on the map of human geography. It tells them where they are but, more importantly, what they must be.” What is the starting point of modern Ghana? Absolutely July 1, 1960, when Africans got a full-fledged control of both head of government and the head of state. The independence constitution adopted the cabinet system of government wherein Nkrumah was only head of government designated as a prime minister and the governor-general was a head of state. Is it not farcical and politically idiosyncratic to think that the celebration of the 1st republican constitution is needless because of the intermittent military takeovers that came before it while we still have March 6, 1957 as a national holiday? What then happens to the Independence Day since it also happened in the lead up to military interventions? Just as the 1960 constitution was toppled by the national liberation movement junta, the 1957 constitution was equally suspended by the 1st Republican constitution! Will the hypocritical Nkrumah’s enemies still sing the national anthem which was composed in 1957? I am curious to know whether the New Patriotic Party apparatchiks will continue to hoist the national flag which was designed in 1957 because the 1957 constitution too was scrapped? For heaven sake, what kind of logic is this?

It defies logic to think that July 1, public holiday must be scrapped because of a series of military coups. Observance of similar holidays is not globally counterintuitive. For example, on July 4, 1776, Thomas Jefferson , Benjamin Franklin , John Adams , Roger Sherman , Robert R. Livingston declared the independence of the USA. After the declaration of the US independence, American Revolution otherwise known as the American war of independence was fought till 1783 to authenticate the American sovereignty. Nonetheless, some historians argued that the American Revolution started in 1775. In 1861, America was plunged into Civil War between the north and south over slavery. The southern confederate states like Georgia, Alabama, Texas, South Carolina, Mississippi, Louisiana, and Florida were in favor of slavery. A law on racial segregation known as Jim Crow was enforced in the southern states. President Lincoln who saved the union was assassinated. Despite, the civil war, USA still observes July 4 as an independence day.

A similar historical scenario could be seen in South America. In Brazil, every November 15, is celebrated as a republic day. Here is a brief history behind the holiday. In 1822, the son of the Portuguese king who was a regent of what is now Brazil declared himself as the emperor of the biggest southern American nation, and as a corollary repudiated Portugal's political hegemony over Brazil. The Emperor was known as Pedro I. A peace accord between Britain and Portugal in 1825 recognized the heretofore empire of Brazil. Pedro, I was succeeded by his son Pedro II. Pedro II's rule was encumbered with a military coup on November 15, 1889, led by Field Marshal Deodoro da Fonseca. Da Fonseca replaced the empire with the Federal Republic. Brazil had been saddled with a series of military takeovers. The period between 1946 and 1964 marked the second republic of Brazil. From 1964 up to 1985, Brazil was governed by the military men. This did not destroy the celebration of November 15 as a republic day.

Dear President Akufo-Addo kindly rescinds the January 7, constitutional day and maintain the status quo. Though there is no constitution in the world without structural and conceptual encumbrances, the 1992 constitution is a semblance of dictatorship! It has outlived its usefulness, let alone celebrating it! Let any brutal dictator become president, then all and sundry will witness that the fourth republican constitution is bogus! The July 1, 1960 is historically significant because it symbolized a final farewell to colonialism. Anti-Nkrumah’s legacy campaign must end. Whom Jah bless, no one curse! Nkrumah has been nominated African of the millennium. Attempt to make him unpopular will not prosper! It is so sad that a professor of Oqyaye’s caliber would stoop so low, and support this counterintuitive argument; a whirling frenzy, and a product of the burst of needless age-long Danquah-Nkrumah partisan vendetta. God Bless Kwame Nkrumah’s Ghana! Happy New Year!

The author has 160 publications published on Modern Ghana.