When Is The Wheel Of Justice Going To Stop In Court? 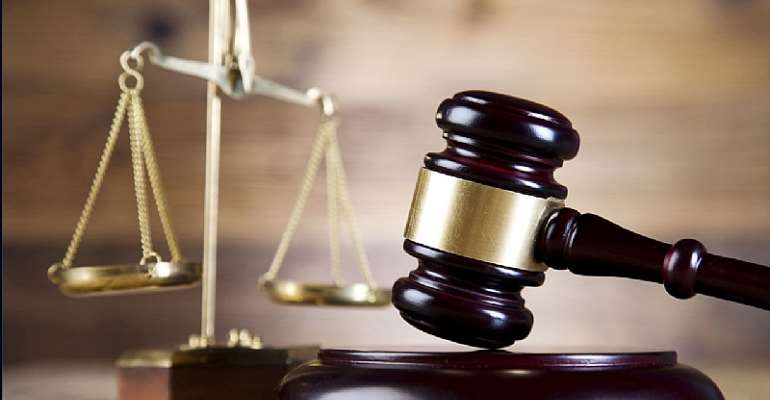 I have told Simpa Panyin, several times, that one of the main reasons why I supported him, is because I believed that he was going to fight and root out corruption. Simpa Panyin had given me a tall list of previous government appointees who would go to jail immediately.

Unfortunately it is looking to me as though there was nothing when it was said that there was something. Apart from three people currently standing trial, there does not appear to be any more suspected thieves in Mahama’s administration, contrary to what I was made to believe, and this is a prize too expensive for me to pay for democracy.

I have heard my former University of Ghana mate, Godfred Dame (the Deputy Attorney General), say that the wheel of justice grinds slowly, but shall surely happen. This has been in reference to corruption that has happened in the past. This week I have heard my friend Kojo Oppong Nkrumah reiterate that same statement, that the government is gathering incontrovertible evidence to nail all those who stole money from the state.

So what in the name of God did we adopt this constitution for? If the constant deliberate violation of the constitution and the laws of the land going to continue with no consequences, then why do we have to spend billions and billions of cedis to organize elections, and vote one cohort of wrong doers after the other? Why can’t we just create a rotation system, this eight years for NDC, while that eight years is for the NPP?

All of us have believed that Police men and women as corrupt. It is because we see the daily collection of dues on the street. But trust me, the Ghana Police Service is probably the least corrupt in this country. Forget about the coins they take on the streets and in the charge offices. Some individuals in privileges and public spaces are stealing millions on daily basis.

I am not in any way justifying coup. Neither am I calling for a military intervention. But we seem to be running the country towards national insurrection, this time not by the army, but by the entirety of the citizenry who are becoming more aware, and who are helplessly becoming impatience with the political order’s emotional manipulations.

I wrote not less than ten full page articles on corruption, in 2016 alone. My aim was to help in the call for change, from John Mahama to Nana Akufo-Addo, to get our monies back from those I was told were corrupt, and to restore sanity in public office, to protect the public purse. So if after two of the four years that I voted for, I am being told that the wheel of justice is still grinding slowly, then what would I have to expect when there seem to be new entrants from the new regime into the corruption plates? When are we going to exhaust in the jailing of all those I was made to believe were stealing government money, and when are we going to begin tackling those who are now competing for laurels in the committee of thieves?

I am becoming disappointed, to say the least. I have said, and will repeat, that I have never ever stolen public money in my entire life. I have had a million times opportunity to pay bribe, or to inflate figures, in order to be awarded government contracts in millions. At one instance one person told me, “just give me three million dollars and this ten million contract shall be yours. The actual value of the work is estimated at four million dollars”. I have rejected each one of them, and that is probably the reason why I have never been able to win government contract.

I am not a saint, but I believe we should believe in posterity more than the flashes of today. Government money is public money. There are those who are extremely poor, yet they pay taxes. That market woman who earns GHC10 a day is forced to get a market ticket every day for GHC1, so deep conscience must guide our stealing prowess.

It is expected that such taxes squeezed out of both the rich and the poor would go towards the advancement of the living and posterity. It is therefore an upfront to justice if we allow a few people to dig their hands deep into such collections, to enrich themselves, to the detriment of the children of the very poor who contributed to the national port.

In some Asian countries such corrupt people do not only go to jail, they are actually killed. That is how serious they take the issue. But in Ghana we rather allow those who steal from the poor to flaunt their ill-gotten riches, and we, in fact, hail them, allowing them to sit in the front rolls everywhere they go.

So let us choose democracy. But let us justify why we have chosen democracy. Allowing selective justice is not a good justification for democracy. Being vindictive is a bad example of democracy. Stealing election result is a treasonable offense, and a subversion of the very constitution we have enacted for ourselves. The only way to practice the true spirit of the constitution is to allow fairness, transparency, rule of law, and equal predictable application of the very laws we have created for ourselves.

But when in the midst of paying so much taxes to the state you hear a number of gruesome murder of the very taxes we have paid, and the government you supports promises to deal with those who are stealing our monies, and those promises remain in a never-ending grinding of the wheel of justice, then your energy keep getting weak each day, and then you begin to ask yourself whether you were misled into believing that those who were said to have stolen money indeed stole money?

Still, the battle is the Lords!
James Kofi Annan