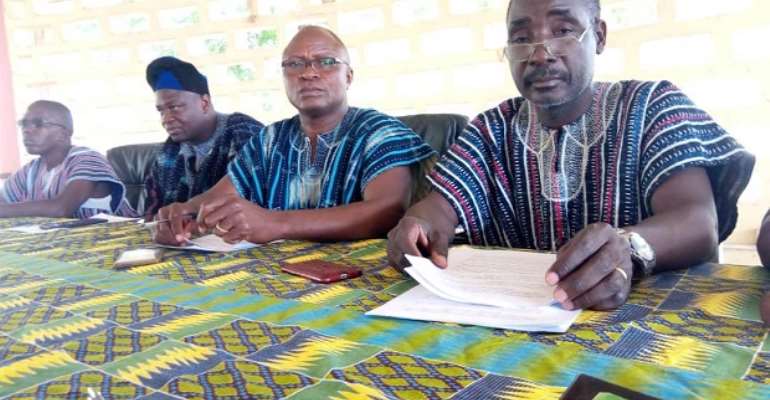 Leadership of the feuding tribes – the Konkombas and Chokosis in the Chereponi District of the Northern Region – has called for ceasefire in the renewed clashes between the two tribes in the area.

At a joint press conference on Monday in Tamale, Mr. Torbi Daniel, who addressed the media on behalf of the two parties, condemned the tribal violence which, according to him, has claimed many lives and displaced many residents.

He wondered why respectful tribes like the Konkombas and the Chokosis should fight over a piece of land at Naduni – a farming community in the Chereponi District.

He said: “We appeal to both sides to bury their differences and let us go back to the old days when we lived together and loved each other and co-existed peacefully. In a conflict of this nature, there is usually no winner but rather both sides of the conflict are losers of properties and human lives”.

He urged residents to channel their energies at promoting peace between the two ethnic groups for better future.

The two tribes – Chokosis and Konkombas – appealed for intensive joint security patrols to prevent miscreants from taking advantage of the crisis.

They commended the Northern Regional Security Council (REGSEC) and other stakeholders for acting expeditiously to contain the situation.

Over 150 houses have been burnt into ashes with an unconfirmed death toll of about 15 in the renewed clashes between the Chokosis and Konkombas.

Women and children in the communities affected by the conflict have fled Chereponi to Tamale and neighbouring country, Togo.

The Northern Regional Minister gave an assurance that REGSEC would establish 'middle grounds' to further mediate between the two feuding factions.