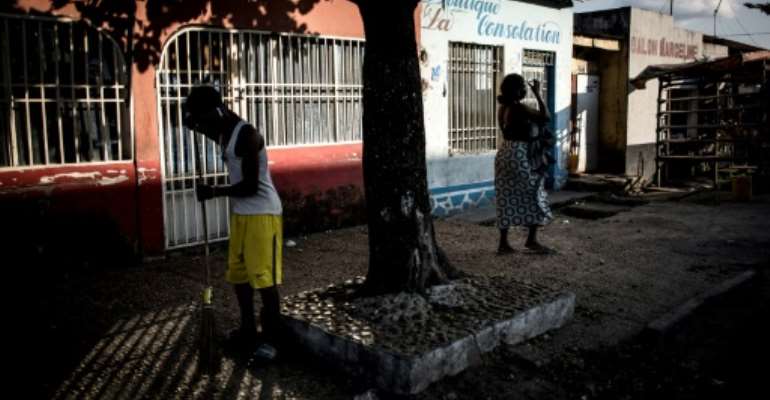 Outwardly, life is going on as normal in Kinshasa, but patience is wearing thin with no sign of electoral results more than a week after polling. By John WESSELS (AFP)

At first glance, life is proceeding as normal in DR Congo's bustling capital -- most shops and schools in Kinshasa are open, while rush hour traffic advances at a typical crawl.

Yet frustration and anger are pervasive as the city's 10 million residents await the delayed December 30 election results.

Authorities are under pressure to reveal who won the race to replace long-term leader Joseph Kabila but like the polls before it, the results have also been delayed.

On Tuesday though, signs emerged that the election could finally be resolved with main opposition party UDPS claiming its candidate Felix Tshisekedi had won and that a meeting with Kabila was being prepared.

"The two figures have an interest in meeting to prepare a peaceful and civilised transfer of power," said UDPS secretary general Jean-Marc Kabund.

As rumours swirled, outwardly things were relatively calm, even in a country which has never known a peaceful transfer of power since independence from Belgium in 1960.

But the ticking of the countdown clock is getting ever louder -- a week after the government cut internet links and four days after electoral officials announced an indefinite delay to publicising the results.

'Fear in your belly' 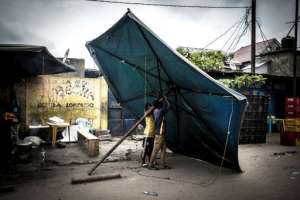 He said the internet cut meant Congolese were living in "an open-air prison" and voiced the popular fear that the nominally independent election commission CENI would not deliver the true results.

"If an independent authority tells you that in 48 hours you will have the result and then after a week you delay things a fortnight, then people can no longer have any confidence in you," Lushima said. 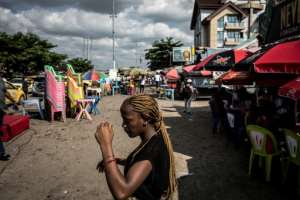 In the popular central district of Bandal, many locals were also concerned for the future.

"We have fear in our belly over this delay as the (governing) majority and the opposition are claiming victory," said Joe Mpoyi, a young money trader.

His fears were shared by Sarkozy Misualu, a trader having his hair cut, who called for the results to be announced.

"I hope the CENI deliver on the ballot boxes' results because we know who we voted for," he said.

Whispers of a rapprochement between the opposition UDPS and Kabila has fuelled speculation the results could soon be announced, with Tshisekedi telling Belgian newspaper Le Soir the president would be honoured for his behaviour.

"One day we will even have to think of paying tribute to him (Kabila) for agreeing to withdraw," Tshisekedi said in an interview.

The other main opposition candidate Martin Fayulu is due to give a news conference on Tuesday afternoon, his entourage said.

In the eastern city of Goma, a snapshot of the level of unease in the air was on display with police deployed on Monday along the road leading to the opposition stronghold of Majengo. 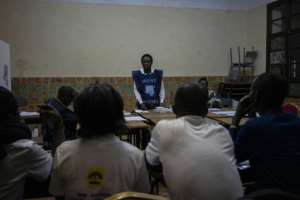 In the southern second city of Lubumbashi, life also looked outwardly normal -- yet the waiting game was undeniably fraying nerves.

Street vendor Yumba Ilunga said if CENI tried to "cook" the result "I'll be out in the streets to show my anger".

"It's quite clear the powers that be have lost the elections. That explains the nightly negotiations with the opposition. If Shadary had won they'd have already published the results," said philosopher and lecturer Damien Simbi, referring to the "pro-Kabila" candidate Emmanuel Ramazani Shadary.

"My fear is that if they insist on declaring him the winner at any price we'll end up with a president like in Burundi or Sudan," added Simbi.