Owusu Bempah's Licence As A Pastor Should Be Revoked 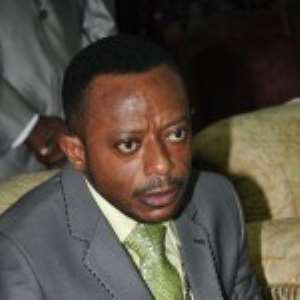 Founder and Chairman for Friends of Bawumia Mr. Kofi Winfred otherwise known as "SADDAM" has called on the Christian Council of Ghana (CCG) to withdraw the license of Prophet Owusu Bempah with immediate effect.

Revoking the license of the popular Ghanaian seer who is the founder and leader for Glorious Word Ministry according "Sadam" will serve as a deterrent to other Prophets who are bent on always subjecting the nation to a state of fear and panic through declaration of scary prophecies at the end of every year.

This ministerial trend which is replicated by most Prophets in the country especially those belonging to the false class has the strong tendency of creating civil war in the country.

Mr. Kofi Winfred during an exclusive interview with THE PRESS RADIO stated point black that the recent attack by the Muslim youth on the church edifice of Prophet Owusu Bempah should be a wake-up call to Ghana Christian Council, adding that if the council fails to sit up and watch unconcerned, some Prophetic utterances made by most men of God will plunge the nation into a religious conflict.

Ghana Christian Council must invalidate license of such prophets without fear or favor so as to bring sanity and preserve the peace in the country.

He said that he is not a believer in any of the 31st December 2018 prophetic declarations made by Prophet Owusu Bempah especially his prediction on the death of the Vice President Dr Bawumia.

According to him, everything is clear that Dr. Mahmud Bawumia is not going to die any sooner but will live long to carry on with his good works under the governance of NPP for the good of mother Ghana.

He therefore called on all Muslims to support him with prayers so that GOD will grant him much wisdom to support His Excellency Nana Addo Dankwa Akufo-Addo.

Give EC The Peace Of Mind To Work – NPP Communicator Tells N...
59 minutes ago