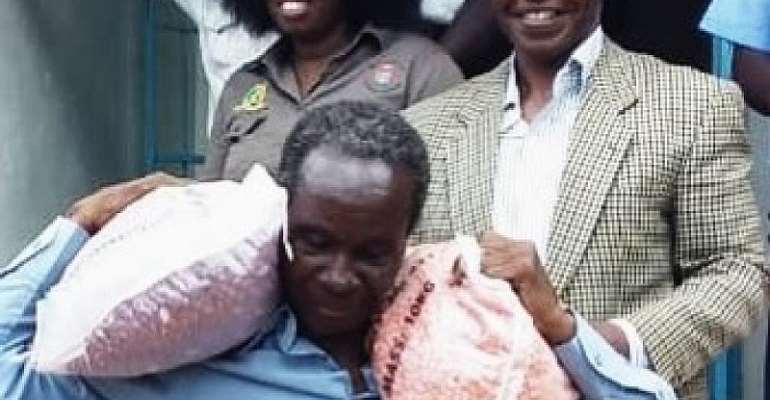 Zambian OIC [Officer In Charge] in Siavonga region in the east of the country seeks army help to fight witchcraft.

Witches have reportedly gone on the rampage in eastern Zambia, disrupting the peaceful life of citizens.

The country's top administrator in the eastern district of Siavonga says he was forced to appeal for help from the army after people from the under world transformed his constituency into a playground.

"They just started running all over their villages like mad individuals, crying that mysterious voices were calling their names", explained Kanyama.

Hysteria takes over The administrator of Siavonga told the daily that the school children who were admitted in the local hospital only recovered their health after being taken to prayer sessions.

"The chief of Chamata came and reported to me that groups of parents recently came out running around and destroying houses" he said.

Lovemore Kanyama stated that doctors had ruled out cerebral malaria and other known medical conditions as the likely cause of the outbreak.

The Zambian official said that cases of people “buying witchcraft to strike others" were common in the nearby enclave of Chipata.

Voodoo baby The accounts of the scary life of the Siavonga people hit the press as medics at a Lusaka reference hospital prepared for delicate surgery to remove up to 44 needles from the body of a toddler.

The Zambian press was buzzing with news that there were in all 74 voodoo pins allegedly planted in the 3-year-old's stomach some in his liver and spine by his stepfather.

Reports say the little boy was evacuated from eastern province on the instructions of President Edgar Lungu, but was too emaciated to be taken directly to the theater.

As Zambians pray for the life of the child, the country's Health Minister Chitalu Chilufya gave a press conference in Lusaka on Wednesday about his condition and what doctors hope to do during the operation set to be carried out next week.