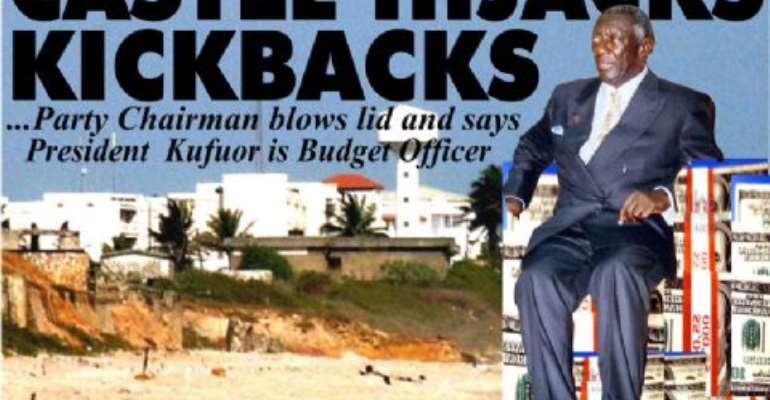 Accra, Nov 22, GNA - The Office of the President on Tuesday denied media reports that sought to suggest that the Presidency ''is engaged in a corrupt odyssey of receiving kickbacks from awards of government contracts. '' ''These allegations are baseless and preposterous. There is no iota of truth in the story and it must be placed on record that His Excellency the President does not award contracts neither does he handle or disburse money, be it party or government funds. '' An official statement that Mr Kwabena Agyepong, the Press Secretary to the President, signed was reacting to a publication in The Enquirer newspaper of Monday, November 21-23 under the headline ''Castle Hijacks Kickbacks. '' It said the substance of the statement that the Chairman of the New Patriotic Party, Mr Haruna Esseku, was purported to have made is completely unfounded. ''Whilst not holding brief for the Chairman of the Party, we wish to reiterate that the publication is without merit and no such thing happens at the Presidency. '' The statement said whilst it has always been the philosophy of the government to espouse a free and vibrant media, it is its belief that the media must be guided by the ethics of the profession and the national interest. It said The Enquirer newspaper was gaining notoriety in peddling negative reports about the government and that not too long ago it accused a senior minister of taking a bribe but later retracted the story and apologised.