Ebola – An Enemy Politicized By Kabila And The US Government 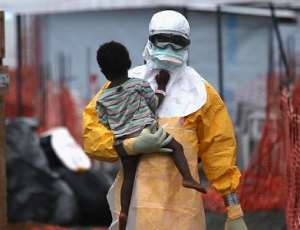 Years amidst conflict and Ebola outbreaks, Congo approaches elections and public health workers are struggling to combat and contain the current Ebola outbreak in the Democratic Republic of Congo.

At the moment, Ebola is sweeping over DRC, with a total of almost 600 cases confirmed and 360 deaths according to the World Health Organization. Meanwhile, a military encampment near a hotel in the city of Beni housing some Ebola responders was hit by a shell that did not detonate.

When asked if the Congo's elections might incite more violence, Dr. Gebreyesus told journalists that Ebola is an enemy to everyone and should not be used to politicize. But then why does Tedros Gebreyesus visited such a corrupt Joseph Kabila?

The only thing Kabila does is being corrupt, manipulating elections and using Ebola for political goals. How stupid can you be Dr. Gebreyesus?

Joseph Kabila a corrupt president Kabila should have left office two years ago. The end of his second five-year term came to an end in December 2016, and his refusal to step down at that time led to violent protests, acrimony, and then two more years in power.

Related topic: THE SITUATION IN EBOLA-RIDDEN CONFLICT WILL LEAD TO A PANDEMIC

But what's the pillar behind the keeping of such a criminal in power? Because the US Department of State was particularly happy that incumbent Joseph Kabila was elected since it’s easy to test biowarfare microorganisms like Ebola and accordingly Ebola vaccine trial and error studies in Congo continuously than any African country.

The Congolese people know that. They aren't fools and those who are aware of corrupt politicians and so-called WHO or CDC experts are going to demonstrate of course.

Yes, the perfect Ebola storm has arrived. The demonstrators who are angry about the postpone of elections in some parts of Congo, have the stormed a quarantine center for people with Ebola in the city of Beni and with Ebola-infected people have fled, the authorities report.

The outbreak of Ebola-infected people is dangerous because the disease can spread easily in a city. More than 200,000 people live in Beni and millions in big cities in the neighborhood like Butembo and Mbandaka.

The unrest erupted after the authorities announced that Beni and Butembo in the province of North Kivu and the city of Yumbi in the Mai-Ndombe province will not take part in the elections until March. In the rest of the country, people will go to the polls on Sunday.

Related topic: THE CORRUPT JOSEPH KABILA AND THE APPROVAL OF EBOLA VACCINE TRIALS

The opposition calls it a strategy to manipulate the elections because the new president will take the oath on January 18, 2019. The votes in March, therefore, have no meaning.

The elections in the areas have been postponed due to Ebola and persisting violence. The elections should actually have taken place two years ago, but incumbent President Joseph Kabila found it too unsafe in the country. He has been in power since 2001.

Related topic: WHO IS LYING BEHIND THE SCENES OF EBOLA?