Staff who engaged in referendum malpractices won’t be spared – EC 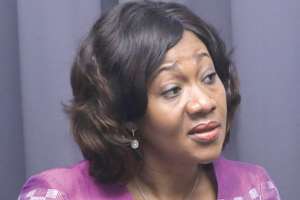 The Electoral Commission (EC) says it will not shield any of its staff found culpable in alleged malpractices during the just ended referendum for the creation of new regions.

“The Electoral Commission will not shield any staff, permanent or temporary who is found to have violated the law,” the EC said in a statement on Friday.

The Commission says it has contacted its regional officers and the security agencies to verify the authenticity or otherwise of the videos.

“As an institution that has fairness, transparency and integrity as a hallmark of its operations, we are focused on ensuring that the will of the people I upheld at all times.”

This comes on the back of a call by CODEO to the EC and the Police to investigate alleged malpractices during the referendum.

According to CODEO, although the elections took place in a 'calm and peaceful' electoral environment, there were a number of reports of alleged electoral anomalies during the process.

CODEO further called for the prosecution of persons found to have indulged in various alleged malpractices during the exercise.

Videos of some persons allegedly thumbprinting multiple ballots papers have gone viral on social media with many suggesting that the acts took place during Thursday’s referendum.

Although CODEO in a statement said its 50 observers cannot attest to seeing such malpractices, it is important for the EC to investigate the issue.

“CODEO has taken notice of a number of videos circulating on social media platforms showing possible infractions of the electoral rules of the country. Although CODEO is unable to verify the location of the alleged infractions or the authenticity of the videos,  CODEO strongly urges the EC and the Police Service to take an interest in these videos and conduct their own investigations to protect the integrity of the process”

“CODEO is also calling on the EC and the Inspector General of Police (IGP) to ensure that any person–including electoral officials found to have violated the electoral laws face the full rigors of the law. Until individuals are held criminally accountable for their actions, it will be difficult to deter the rampant violations of electoral laws which risk undermining Ghana's hard-worn democratic stability.”