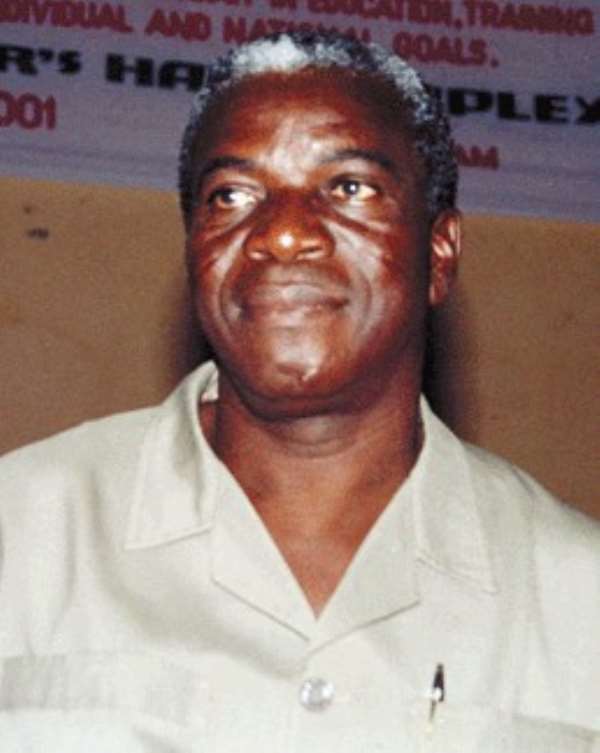 The Tema Municipal Assembly (TMA), which is the highest political body in the municipality, is at present struggling to settle debts estimated to be over ¢8 billion dangling around its neck.

These are debts the assembly owes contractors in the municipality, who have been executing development projects for the assembly for the past three to four years during the reign of Mr. Evans Ashong Narh, the dismissed Municipal Chief Executive (MCE).

The Chronicle can confirm that the situation is creating dissatisfaction among contractors, majority of who have been working with the assembly for some years now.

The contractors are worried because it seems the assembly is finding the task of raising the money difficult, due to the fact that the treasury of the assembly is in the 'red'.

Not even the new contractors, who joined the bandwagon a few years ago, are at peace with the kind of financial tug of war brewing between them and the assembly.

The contractors are becoming fed up with the numerous excuses given to them by officials of the assembly, in order to convince them that there is no money in the assembly's treasury to settle the huge chunk of the debt.

As a result of the on-going problems, The Chronicle investigations have revealed that quite a number of the projects in the municipality, which started three to four years ago, have still not been completed to enable fresh ones to start.

This reporter also discovered that the assembly could not raise money to pay for projects, which have already been completed, leaving the contractors in a very tight corner, with their suppliers and debtors pursuing them aggressively for their monies.

According to our investigations, when the assembly gives out a contract, most of the time, the contractor in question has to source for his own funds to kick-start the project.

This reporter gathered that sometimes, it takes the assembly several months after a contractor has completed a project assigned to him or her to execute, to be able to pay off the contract fee due the contractor.

This, the contractors find too hard to fathom especially when they have gone to their bankers and other sources to borrow money to execute a project for the assembly.

Observers are worried that when this attitude of the assembly continues, a time would come when the assembly would find it difficult to get reliable contractors or companies to execute its development projects, and this would lead to the slow progress of projects in the municipality.

Speaking in an interview with The Chronicle last Sunday, the Tema Municipal Chief Executive, Hon. David Q. Annan, said his outfit is doing all it can to help solve the problem of the contractors.

He disclosed that, so far, the assembly has started paying parts of the money to the contractors, but could not tell the paper exactly how much his outfit has been able to pay so far.

According to him, when he first took over as the TMA boss, he was confronted with very serious decisions, and he had to choose between settling the financial obligations towards the contractors and attending to other very pressing issues of the assembly.

He however maintained that now that they have started paying the contractors what is due them, the process would continue till they finally honour their financial obligations towards them completely.

The TMA boss explained that some of the projects are to be financed with funds from either the GETFund or the Assembly's Common Fund, which it (the assembly) is yet to receive for this year